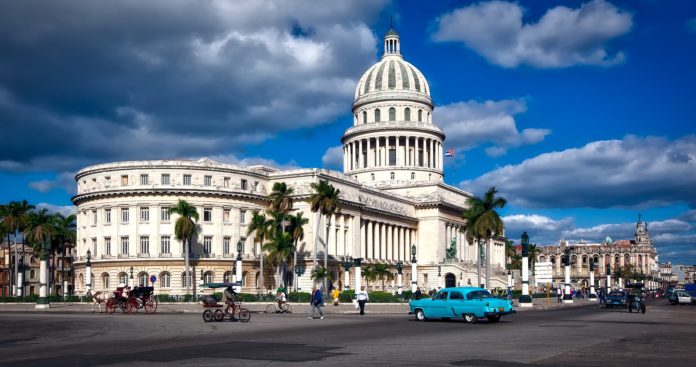 Cubans are debating a constitutional reform that, among other legal changes, would open the door to gay marriage. It would also prohibit discrimination against people based on sex, gender, sexual orientation and gender identity in the communist nation.

The proposed new Constitution, drafted by a special commission within Cuba’s National Assembly, was unveiled in July. If the National Assembly and President Miguel Díaz-Canel approve the document after a Feb. 24, 2019 public referendum, marriage would be defined as a “union between two people.”

Cuba’s 1976 Constitution, known as the Carta Magna, defines marriage as a union between a man and a woman. And it does not fully protect private enterprise, freedom of association or allows for same-sex marriage – despite growing social acceptance and political tolerance for such rights.

Emigrés who retain Cuban nationality have been invited to participate in Cuba’s public debate on the constitutional reform – though not to vote on it – via a digital forum run by the Foreign Ministry – a level of citizen outreach that’s “unprecedented” in Cuba, says Ernesto Soberón, the ministry’s director of consular affairs and Cubans residing overseas.

This lively, broad-based debate is a sign of how much Cuba – a main subject of my research as a professor of literature and cultural studies – has changed in recent years.

President Raúl Castro, who took over for his ailing older brother Fidel in 2006, began to open Cuba’s economy to foreign investment and normalized diplomatic relations with the United States, which has maintained its economic embargo on the Communist island since 1962.

Castro stepped down in April 2018, handing power over to the much younger Díaz-Canel.

Today’s proposed reform is a complete overhaul. It would add 87 articles, change 113 and eliminate 13, even a section of Article 5 affirming Cuba’s “advance toward a Communist society.”

Beyond legalizing gay marriage, the new Constitution would protect private property, limit the presidential term to five years and introduce the role of prime minister.

Intense debate has surrounded the possibility of marriage equality in Cuba, and not just within the government’s official public meetings. Cubans are also discussing and debating gay marriage with neighbors and friends, in the streets and online – a departure from Cuba’s traditionally more top-down style of government.

The rise of gay rights in Cuba

Cuba’s nascent LGBTQ rights movement also began under Raúl Castro, thanks in large part to the leadership of his daughter Mariela Castro, a National Assembly member and president of the semi-governmental Centro Nacional de Educación Sexual, founded in 1987 to advance sexual awareness in Cuba.

A lack of opinion polling makes it difficult to measure Cuban public support for gay marriage. But acceptance of homosexuality, both within the government and in civil society, has grown appreciably.

During the 1960s and 1970s, homosexuality was considered incompatible with Cuba’s model of the revolutionary man: atheist, heterosexual and anti-bourgeoisie. Gay people, active Christians and others who defied these ideals were sent to military work camps to “strengthen” their revolutionary character.

La Habana holds annual marches against homophobia and transphobia and cities across the island celebrate the Gay Pride parade.

The church emerges as an opposition force

But legacies of intolerance remain.

The Assembly of God Pentecostal Church, the Evangelical League and the Methodist Church of Cuba, among other Christian churches, have issued a joint statement opposing gay marriage.

Cuba is a secular country where political ideology has historically trumped religion. Religious opposition to a government proposal is rare.Their public letter, published on June 8, argues that such “gender ideology” has “nothing whatsoever to do with our culture, our independence struggles nor with the historic leaders of the Revolution.”

It is even more unusual for the church to attempt to mobilize the Cuban public, as some Christian leaders are trying to do now.

According to the Cuban magazine La Jiribilla, preachers on the streets have been handing out fliers saying gay marriage defies God’s “original design” for the family.

Gay rights groups and feminists are responding with a creative show of force.

“More than anything, this is an issue of free expression,” Roberto Ramos Mori, of La Marca, said in an email. “The way to push back against hate is calmly, with intelligence – and, of course, humor.”

Cubans with internet access use the hashtag #mifamiliaesoriginal to signal their support for LGBTQ rights on social media.

Catholic and evangelical groups in Ecuador used similar language, for example, to oppose a 2017 law allowing citizens to choose their own gender identifier, she says. In response to the legislation – which recognized gender as “a binary that is socially and culturally created, patriarchal and heteronormative” – churches called for “citizens to live in harmony with nature.”

Similar scenes played out when both Colombia and Brazil advanced LGBTQ rights, with Christian groups dismissing any attempt to change traditional gender roles as the “result” of what they pejoratively call “gender ideology.”

What’s next for Cuba

Gay marriage is not the only battlefield for Cuba’s newly empowered churches.

Abortion, illegal in most of Latin America, has been a woman’s right in Cuba since 1965. Traditionally, not even Cuba’s Catholic church publicly opposed it.

Recently, though, Christians in Cuba have begun publicly advocating against abortion.

If conservative religious groups manage to prevent gay marriage in Cuba, I believe it would be a setback for social progress on the island.

But the mere existence of alternative voices in Cuba’s public sphere – including that of its churches – is, itself, proof that the country has already changed.

This article is republished from The Conversation under a Creative Commons license. Read the original article.

10 Items You Need for a Truly Amazing Home Cocktail Bar

LGBT inclusivity in pop culture made strides in 2010s