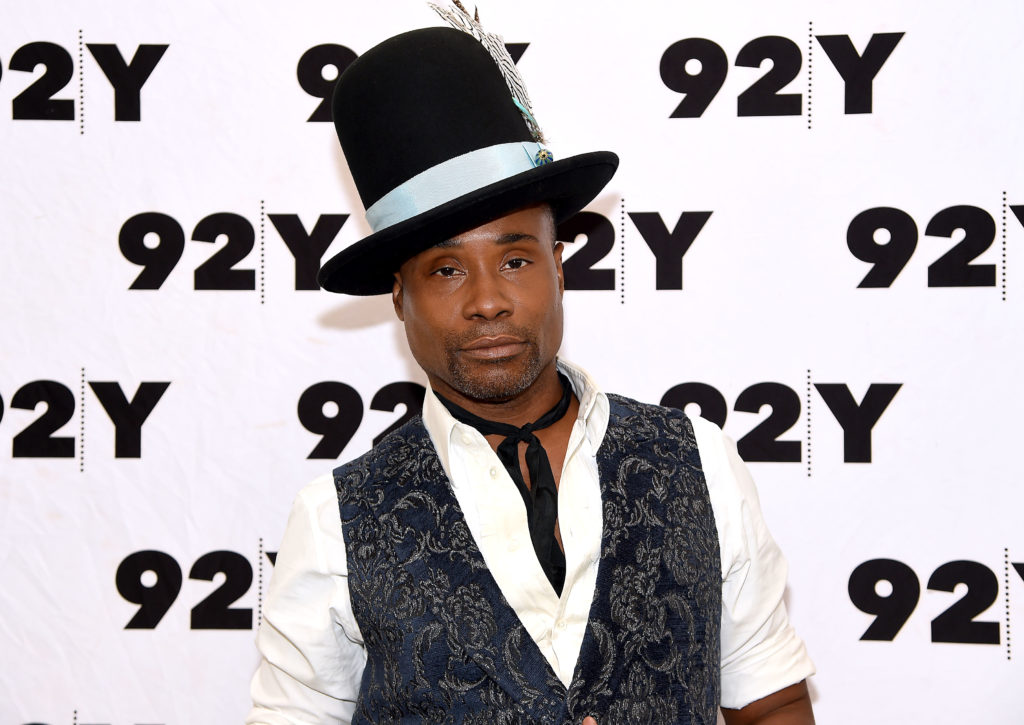 American Horror Story: Apocalypse actor Billy Porter has opened up about how Pose is expanding the kind of narratives we see for black gay men onscreen.

Joining showrunner Ryan Murphy for an hour-long conversation at New York cultural and community centre 92Y on Tuesday 13 August, the Emmy-nominated star explained that during his time at Carnegie Mellon University he was regularly cast as “Romeo” in the student productions. But he couldn’t buy himself as a leading man because the “archetypes” that he saw didn’t look like him.

“They are James Earl Jones, who’s the patriarch,” he recalled. “There is Denzel Washington, who is the sex symbol, and there’s Eddie Murphy, who is the genius clown. They are all straight; some of them violently straight.

“So, you get used to being [cast as] the funny friend. You get used to the industry cutting your d**k off because you’re a queen.

“I abandoned all ideas of being a leading man, because all we saw was traditional. So for 30 years, I’ve navigated a career based on my own doubts and uncomfortableness. The first time I’ve ever been the object of anyone’s affection in anything was [Pose‘s] last season in episode 8. I kissed somebody for the first time in my career.”

Noting the importance of that shift, he continued: “When we have these moments where we can create a space that shows African-American men trying to figure out how to love each other, as opposed to how to kill each other.

“You know, those stories get greenlit all the time. I am so grateful to be a part of what I see as a change; a reclamation of our power.”

“Straight men playing gay, everyone wants to give them an award.”

This isn’t the first time Porter has spoken publicly about the difficulties gay men face when it comes to getting roles in both film and television.

During The Hollywood Reporter‘s most recent ‘Drama Actor Roundtable,’ the 49-year-old told fellow performers Diego Luna, Richard Madden, Stephan James, Sam Rockwell and Hugh Grant that he’s often been faced with a “double layer” of discrimination when it comes to be passed up for major roles.

“It’s the layer of being a person of color in this industry, and the other layer of being a queen. No one can see you as anything else,” he said. “If ‘Flamboyantly…’ wasn’t in the description of the character, no one would see me ever, for anything, which wouldn’t be so enraging if it went the other direction, but it doesn’t.

“Straight men playing gay, everyone wants to give them an award. Thank you for gracing us with your straight presence. That gets tiresome.”

What is Pose about?

It centres more specifically on Blanca Rodriguez-Evangelista (Mj Rodriguez), a young transgender woman who – after being diagnosed with HIV – decides to abandon her domineering ‘Mother’ Elektra Ferocity (Dominique Jackson) in order to start her own House and become the new queen of the ballroom.

In the show, Porter plays Pray Tell, a fashion designer-turned-ballroom emcee who acts as a father-figure to Blanca and other members of the community.

Why homophobic Republicans are so prone to gay sex scandals, according...

Nicki Minaj cancels appearance at Saudi music festival. But why was...

Stay or Away: Scenic adventures in Inverness or Madeira