This week in the Washington Blade All Star series, we meet two athletes from the D.C. Furies who are thriving in the sport of rugby. The Furies are a Division 1 team and play fifteens matches in the spring and fall, along with sevens tournaments in the summer.

When her wife Kirsten was reassigned to Andrews Air Force Base in April, 2018, Sam Moorhead checked in to play with a local rugby team but didn’t click with them. She sought out the Furies that summer and found her place with the team.

Growing up in Greenville, S.C., Moorhead played club soccer and was also on her high school soccer team. She started her freshman year at University of South Carolina playing pick up soccer before switching over to club rugby.

“I was like a deer in headlights at first, but quickly found out that I liked the analytical aspect of the sport,” Moorhead says. “Depending on what position you play, there is time to think and it becomes similar to being in a chess game.”

Her eligibility ran out in college and Moorhead continued in the sport by joining an adult women’s club in Columbia where she met her future wife. Moorhead plays as a fly-half and her wife was playing as an 8-man. The two faced off on occasion in practice and scrimmages.

“I am the finesse player making tactical decisions and trying not to get hit,” Moorhead says. “After several tackles by Kirsten, I learned that whenever I heard her distinct footsteps, I should just fall down.”

The pair moved to Dayton, Ohio, for Kirsten to pursue her master’s at The Air Force Institute of Technology. When they arrived in D.C., it was important for Moorhead to seek out a rugby team.

“It’s a built-in community that transcends community pretty quickly and becomes family. You meet people who have a small interest, but are vastly different,” Moorhead says. “Rugby gives me stress relief and it never gets boring. I could play forever.”

After playing with the Furies last fall and elite sevens with them this past summer, Moorhead was nursing an injury for their first double-header match of the season last weekend. She stepped in and played anyway showing her commitment to the team.

“We bleed for each other and the cost of your body makes the connection even deeper,” Moorhead says. “After every match, I can’t wait to get back on the field.”

Liz Linstrom grew up in Woodbridge, Va., and played basketball and soccer through middle school and high school, along with playing club soccer. Looking for something different, she started playing rugby in her first year at William & Mary.

“I was in great shape for my first practice and 15 minutes later, I was bent over, breathing hard and experiencing muscle fatigue,” Linstrom says. “I took that as a challenge.”

She ended up tearing an ACL in her freshman year and remained active in rugby through non-contact drills and coaching. Even though she was aggressive with her post-surgery recovery, she was out of the sport for one year.

Linstrom returned to the pitch for the National Small College Championships at the end of her sophomore year where her team captured third place. She had recovered mentally and physically and was at the top of her game.

She experienced another ACL tear in her senior year and faced a different path because of where she was in her career.

“The second tear was more traumatizing because I was at the end of my college career and I knew how long it would take to recover,” Linstrom says. “After graduation I didn’t even look for jobs, I just focused on recovery.”

One year later, Linstrom joined the Furies and spent the summer of 2018 building her skills, testing her limits and gaining back her confidence. By the middle of their fall season, she was back into full-contact rugby. Despite the injuries, she remains dedicated to the sport.

“I think as a woman, there are not a lot of opportunities to show aggression like you can in rugby. Other sports such as lacrosse allow the men to be more aggressive than the woman,” Linstrom says. “There is still a stigma around women being powerful and rugby gives us the opportunity to show different strengths.”

Linstrom is a utility player who floats into different positions, sometimes inside centre, sometimes as a flanker. She suffered a concussion this summer and is currently sidelined for matches, but still practicing. Going forward, she has thought about what her path might be in the sport.

“I will always contribute in any way that I can, but I want to find a position that I can specialize in,” Linstrom says. “I don’t care where I am playing as long as I am playing. I always want to be ready to hop in and be my best.” 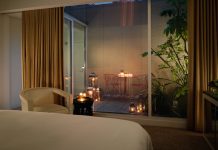