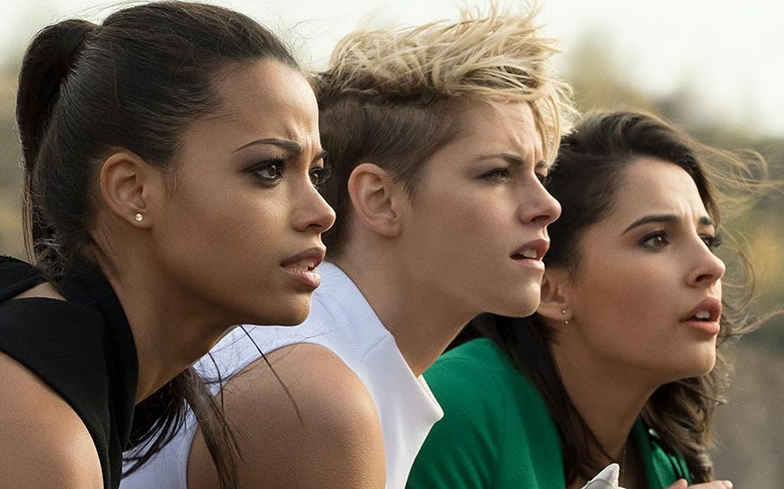 There had been speculation that her character may identify as LGBTQ.

After casting was revealed for the Charlie’s Angels reboot, starring Kristen Stewart, Naomi Scott and Ella Balinska, there was speculation that Stewart’s character, Sabine, may identify as LGBTQ.

However, talking to Digital Spy, the film’s director Elizabeth Banks, who will also be playing, Bosley, ruled out the possibility, insisting that there wouldn’t be any labels on the character’s sexuality.

When asked about having the first LGBTQ character in the franchise, Banks explained: “When I cast [Kristen Stewart], I just wanted her to be… I just felt like she’s almost the way Kristen is. I don’t feel there is a label that fits her.

“The only thing that was important to me was to not label it as anything. It’s fine if the media wants to label it, I think that’s okay, but I didn’t do that. I just let her be herself in the film. Yeah, I know, and I am.”

The 2019 adaptation is the newest entry in the Charlie’s Angels franchise. The original television series aired from 1976-1981 and followed the crime-fighting adventures of three women working in a private detective agency in Los Angeles, California. It starred Farrah Fawcett, Kate Jackson and Jaclyn Smith.

It received a 2000 reboot slash spin-off film in 2000 starring Cameron Diaz, Lucy Liu and Drew Barrymore. The film was a huge box office hit, grossing over $264 million worldwide, and spawned a sequel to similar success.

Charlie’s Angels will be released in the UK on 29 November.

Anti-LGBTQ hate crimes in El Salvador on the rise

Martina on how she connected a local community of trans people...

With just days to go, a critical election for LGBTQ Americans

Venezuelans with HIV/AIDS struggle in Colombia