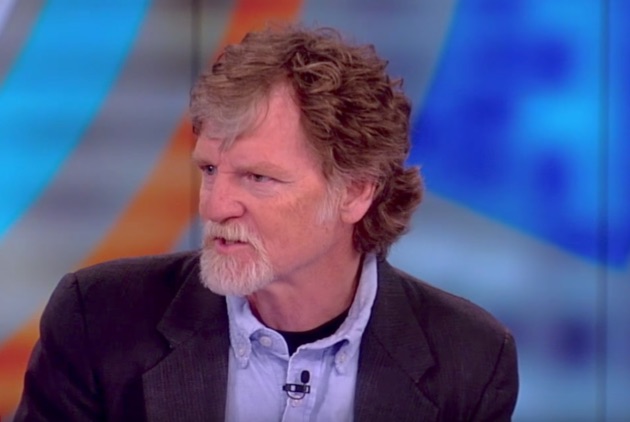 Masterpiece Cakeshop, the business at the heart of a major so-called “religious freedom” legal battle, has agreed to drop its lawsuit against the Colorado Civil Rights Commission. Jack Phillips, the owner of Masterpiece Cakeshop, claimed the commission was harassing him after he refused to make cakes for LGBTQ Coloradans.

In exchange, the commission will be dropping its own administrative discrimination complaint against Phillips.

After careful consideration of the facts, both sides agreed it was not in anyone’s best interest to move forward with these cases,” said Colorado Attorney General Phil Weiser via a news release. “The larger constitutional issues might well be decided down the road, but these cases will not be the vehicle for resolving them.”

Sheena Kadi, the Deputy Director of One Colorado, an LGBTQ advocacy organization based, spoke out about the decision.

“Despite the mutual agreement between the State of Colorado and Masterpiece Cakeshop, the law is still the law,” said Kadi. “No matter who you are, who you love, or what you believe, Coloradans across our state – including LGBTQ Coloradans and their families – are still protected under Colorado law from discrimination in the areas of employment, housing, and public accommodations.”

“We strongly believe that the freedom of religion must be defended as one of our most fundamental values as Americans, and that freedom cannot be used to harm or discriminate against others,” Kadi added. “The fact remains that Colorado has a civil rights division and anti-discrimination laws that equally protect the fundamental rights of all Coloradans. Businesses may decide what products or services they offer, but they do not get to pick and choose who they offer those products or services to.”

Masterpiece Cakeshop v. Colorado Civil Rights Commission went to the United States Supreme Court in 2018,  with the shop owner arguing that he should be allowed to refuse service based on his strongly-held religious beliefs against homosexuality, rather than being “forced” to treat a same-sex couple on par with mixed-sex ones. Phillips refused to create a wedding cake for a gay couple, leading the Colorado Civil Rights Commission to take action against him.

The Supreme Court found for Phillips in a narrow ruling against the commission, saying the commission did not act neutrally in the case, but refused to rule on the overall issues of religious freedom, anti-discrimination laws, and free speech as a whole.

Per Kadi, “The very narrow ruling by the Supreme Court in Masterpiece vs. Colorado Civil Rights Commission does not change our country’s long-standing principle that businesses open to the public must be open to all.”

His case came after being asked to bake a cake for a transgender woman celebrating her transition on the same day at the supreme court decision. Phillips declined to make it, causing the state to decide, once again, that he would be required to bake it according to state law.

It’s Time to Stop: A Message from Portugal’s Tourism Board That...

Transgender rights are not under lockdown!