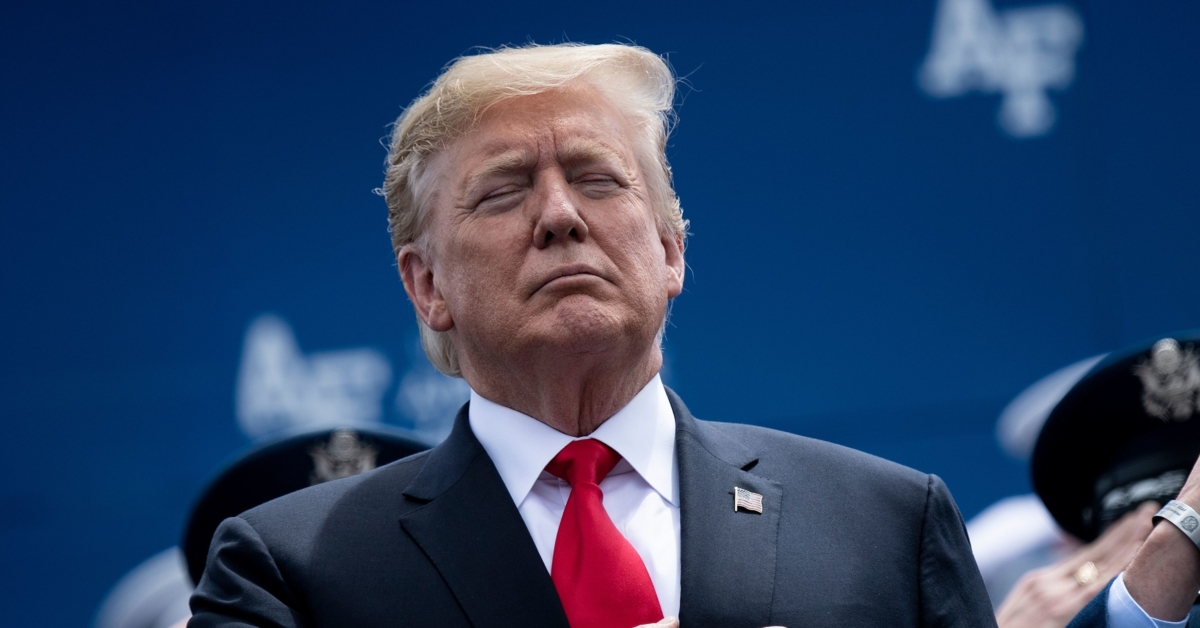 US President Donald J Trump has tweeted in support of LGBT+ Americans on the eve of LGBT+ pride month, which begins today (June 1).

On May 31, Trump said, “As we celebrate LGBT Pride Month and recognise the outstanding contributions LGBT people have made to our great Nation, let us also stand in solidarity with the many LGBT people who live in dozens of countries worldwide that punish, imprison, or even execute individuals….”

“….on the basis of their sexual orientation. My Administration has launched a global campaign to decriminalise homosexuality and invite all nations to join us in this effort!”

The two tweets had been liked almost 200,000 times and retweeted more than 40,000 times at the time of writing.

In the past two weeks alone, Trump has: been sued twice, over his plan to discriminate against LGBT+ families and his plan to to scale down discrimination protections in healthcare that puts LGBT+ people at risk; said he wants to install anti-gay Ken Cuccinelli to lead the US immigration system; proposed to eliminate transgender healthcare protections; and proposed new rules that would permit discrimination against homeless transgender people.

In response to Trump’s Pride month tweet, American actor Jesse Tyler Ferguson said, “You can’t celebrate us during pride & reject us the rest of the year; stripping rights from our trans family in military service, our adoption rights & allowing for religious entities to refuse us basic rights. We reject you. Bai.”

Dana Goldberg, the lesbian film producer, said, “U have got to be kidding me: Trans military ban Allowing people to discriminate against LGBTQ people in adoption ‘Religious freedom bills’ Saying adopted children of LGBTQ couples aren’t citizens because U don’t recognize their marriages. The community doesn’t believe or trust u.”

On the day he tweeted in support of LGBT+ Americans, Trump also said he backs Boris Johnson in the Conservative leadership race to replace Theresa May.

“I think Boris would do a very good job. I think he would be excellent,” Trump said.

Trump’s next visit to the UK is scheduled for Monday 3 June.

10 Unique Key West Events For an Unforgettable Trip All Year...

Expression: Jay Jay Revlon and Lee Gray on how they could...