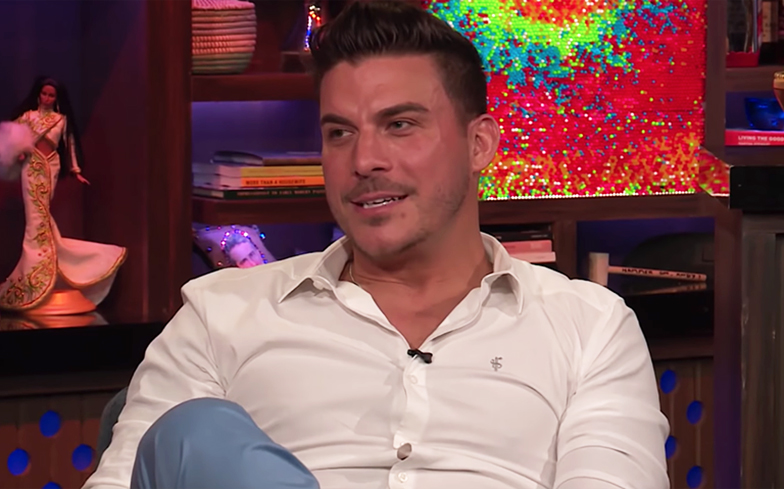 Reality star Jax Taylor has come under fire for offensive comments on Twitter.

The 40-year-old reality star, known for his appearances on Bravo’s Vanderpump Rules, got into a Twitter argument with a stranger over the weekend (we’re not quite sure why) which spiralled into homophobic comments.

“You’re the type of guy who is in [a] frat and claims he loves women, but secretly is bending over his roommate ‘chad’ while wearing boat shoes. 20 bucks says I hit the nail on the head with this loser,” he wrote.

After the Twitter user responded by sharing article headlines about his “cheating scandal” from Page Six, Jax continued to throw questionable comments about sexuality.

“Look at this loser, it’s Friday night homie and your straight man looking up ‘page sex’ looks like I was right,” he replied, before suggesting that the man’s girlfriend was a ‘beard’ – meaning he’s in the closet and using a woman to appear straight.

“Buddy I look a lot better than you right now. Feel sorry for that fiancé of yours, how the hell did you get a female to be your beard. Poor girl,” he added.

Fans of Vanderpump Rules have called on Jax to apologise or be taken off the show over his comments. “For someone who claims they aren’t homophobic he sure does use being gay as an insult a lot,” wrote one Twitter user.

Jax has since deleted the offensive comments, but a tweet defending them remains.

“I lived in West Hollywood for 15 years, worked at the abbey ( highest grossing bar in the country) (gay bar). I walked in 4 gay pride parades, I had my good friend Lance bass marry us, 50 percent of my friends are gay,” he wrote.

“But yes, You got me, I am homophobic… people are idiots.”

Composing ourselves for the battles ahead