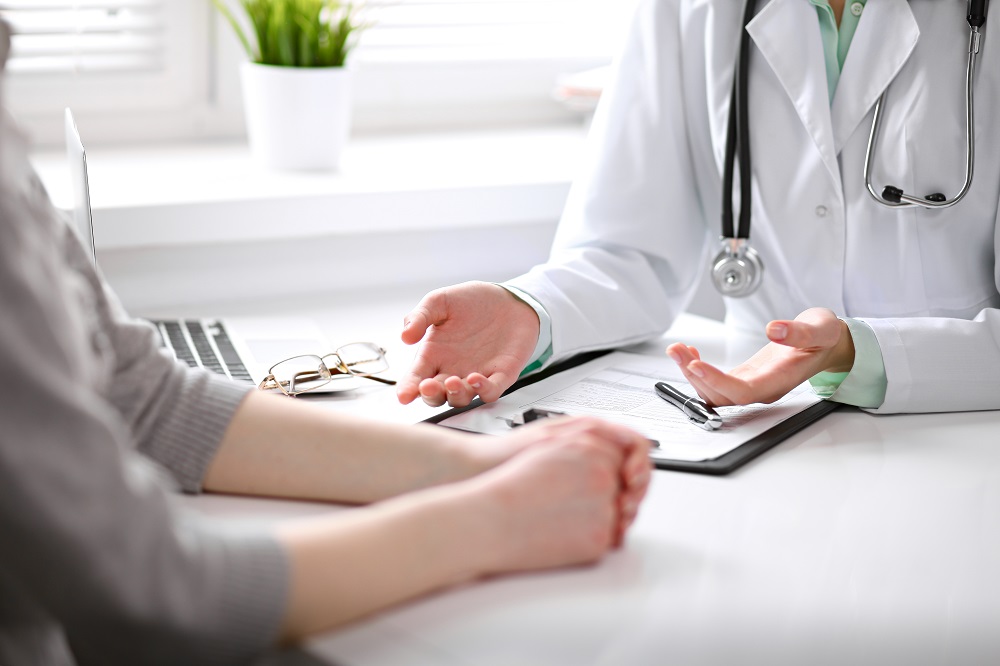 This room had grown all too familiar. Stale beige walls, speckled black and white tiles, and those uncomfortable purple chairs — everyone knows the kind, straight and stiff with no give in the back. I sat there, bouncing my leg, and waiting nervously.

I had recently come out and I began to wonder what would happen if Dr. Liz found out that I was gay?

I started going to Dr. Liz when I first moved to Kansas City. I was working in retail, so I couldn’t be too picky about the doctor if I wanted to stay within network for my insurance.

Dr. Liz seemed like a perfect fit. She was in-network, she listened to me, and I felt like she truly cared. I remember our appointments as vivid conversations about education, faith, and our personal goals. Sometimes, because I’m relatively healthy, there would be several weeks before our next appointment, and because we joked around often she would ask me if I was cheating on her with other doctors. I felt like I had a connection with Dr. Liz and her staff, one unlike any of my previous relationships with medical practitioners.

At the end of this past year I began experiencing uncomfortable pain and pressure in my lower right abdomen. This normally wouldn’t be too worrisome — I tolerate pain well — but for the next few weeks I was also continuously nauseous and would get alarmingly lightheaded. Eating became an issue. My energy levels plummeted. I began having bowel issues. When it comes to medical issues, even the slightest deviation from normal can be alarming; I admit that there were some sleepless nights staring at WebMD on my phone.

It was early December when I found myself in that stale, beige, cold room. Dr. Liz walked in, greeted me, sat down, and asked, “Yo, what’s going on?” I explained my symptoms to her while she took notes. She seemed perplexed at the time, all furrowed brow and pursed lipped as if she had a million ideas running through her mind. After a vitals check to make sure the basics were okay, she explained to me that she thought it could be an infection. She prescribed a two week course of 500mg doxycycline (an antibiotic) and told me to make a follow-up appointment if that didn’t work.

Two weeks passed. I finished the medication, but my pain and discomfort only intensified. I called and made a follow up appointment.

The next few days had passed and it was time for my appointment. Dr. Liz came in and immediately asked with concern, “Is this still going on?”

I replied with a resounding “Unfortunately.”

She left the room and asked a male colleague to examine my rectum and prostate, after the exam he said that he did not think I had an infection and that he did not notice any abnormalities.

“I think we should consider another round of the antibiotic,” Dr. Liz said. “Take it for one more week. If nothing changes, let’s make a follow up appointment and go from there.” I hesitantly agreed; after all, she was the doctor and I trusted her.

As we were wrapping up, we continued a conversation begun at my last visit. She asked me about a conference I had, at the time, planned to attend. I told her that unfortunately I couldn’t afford to go due to finances. Then she asked me what the conference was about.

I explained to her that the conference was designed to bridge the gap between the intersections of faith and various sexualities and expressions. She froze at that. I continued, saying that I had attended the conference for the first time in 2018 and that I had co-presented a workshop and panel discussion about sexuality, marriage, and what that looked like for LGBT+ persons of faith.

I thought the discussion had gone well. She smiled, handed me some paperwork about proctitis – an inflammation of the rectum – and reminded me to call back in a week if my symptoms hadn’t abated.

The following week came, and I still had no relief. I called Dr. Liz’s office on Monday to make a follow-up appointment but had to leave a voicemail. Tuesday, Wednesday, and Thursday rolled around with no response. On Friday morning I called again and Dr. Liz’s nurse, Melody, answered the phone.

Melody and I had always had a friendly relationship, so I was a little taken aback when she interrupted my hello with a blunt “Is this Mr. Anthony?” instead of the easy joking we had always done before. “Are you calling us about the same problem you’ve been having?” she asked, again in a hostile tone. It was beginning to feel more like an interrogation than a simple phone call. I explained to her that Dr. Liz had asked me to make a follow up appointment.

She interrupted, “Mr. Anthony, Don’t call us about this anymore. We will call you.” Click.

My jaw dropped. What the hell just happened? My mind began racing. Did I not pay a bill? I checked. That wasn’t it. I was dumbfounded.

I never heard back from Dr. Liz. Still sick, still in pain, I managed to get appointment with another doctor at a different hospital, but it was the middle of February by the time I got in. I explained what had happened with Dr. Liz and mentioned that my sexual orientation might have been the cause. They acted surprised. I thought maybe this time I’d get real treatment.

Frustrated, I ordered a Fecal Immunochemical Test (FIT) online. It came back positive for traces of blood in my stool. During my appointment the following week they said, “Oh, well, we can do a FIT here as well.” By this point I was fed up with Kansas City’s medical system altogether and was also preparing to move across country to southern California in early March.

My reply to the doctor was succinct: “Thanks, but no thanks.”

Why did my doctor’s nurse tell me to quit calling suddenly? Why was the next doctor going to prescribe me what would have been my fifth week in a row of the same antibiotic? Isn’t that unhealthy for your body? Why didn’t they do any testing when the antibiotic failed?

I talked about my experiences with my friends, colleagues, and parents. Though they were all torn on the idea of whether or not I should have told my medical practitioners about my sexual orientation, they all agreed that my sexual orientation was the reason why I was being treated so poorly. That in the end, it all came down to one thing: implicit bias.

It is no secret that implicit bias exists in our healthcare systems. Though I am gay, I am also white, cis, and male and my experience is likely mild compared to the plethora of stories that we hear. Imagine the disparities that those individuals who are not white and cis and male experience. Imagine what happens to them when they have to see a doctor that may not believe that their sexual or gender identity is valid. There are too many patients who do not receive quality care from their practitioners because of bias and these stories together point to a system that is flawed and intentionally built for profit rather than quality standards of care.

All one has to do is google healthcare implicit bias to find the various numbers and data sets of marginalized communities experiencing low quality health care. According to the Human Rights Campaign’s 2019 Healthcare Equality Index (HEI), “73% of transgender respondents and 29% of lesbian, gay and bisexual respondents reported that they believed they would be treated differently by medical personnel because of their LGBTQ status.” The report states that at least 70% of transgender and non-conforming persons and 56% of lesbian, gay, and bisexual people have reported discrimination at least once. Another study from the American Journal of Public Health (AJPH) confirms that practitioners feel more comfortable with heterosexual patients than LGBTQIA+ patients. All the studies I came across encourage researchers to conduct more studies on how implicit bias impacts the care received.

Health care is a human right and every human being should have equal access to it. But we can’t stop there. While I support Medicare for all, implicit bias will not be magically erased or eradicated if universal health care passes. Implicit bias is built in at the ground level, in our nurses, technicians, and physicians. As a society, we must continue to do the hard work of showing up, providing opportunities for education, telling our stories and speaking truth to big money and power through whatever means necessary, including legislation.

In early March, I arrived in Los Angeles, California. Once my job transfer was secure and my insurance was available, I immediately found a doctor at UCLA, a hospital recognized for its care for LGBTQIA+ persons. After the first appointment, I was scheduled for ten different tests within a two week time period. Come to find out, my problem was not proctitis after all. I was recently diagnosed as pre-diabetic and with a healthy diet, exercise, and partnership with my doctors, my body should regulate itself.

GLSEN ‘Day of Silence’ to culminate in virtual rally