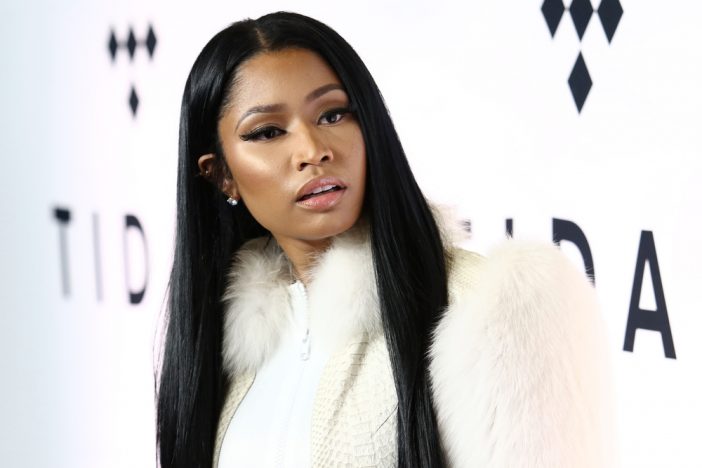 “While I want nothing more than to bring my show to fans in Saudi Arabia, after better educating myself on the issues, I believe it is important for me to make clear my support for the rights of women, the LGBTQ community and freedom of expression,” Minaj said in a statement to the Associated Press.

The Human Rights Foundation called on Minaj to cancel her show, saying her appearance would be “at odds with the rapper’s participation in festivities in New York marking Gay Pride month in June”. Homosexuality is punishable with death in the kingdom and at least five men have been executed so far this year.

“This is what leadership looks like,” HRF chief executive Thor Halvorssen said. “We are grateful to Nicki Minaj for her inspiring and thoughtful decision to reject the Saudi regime’s transparent attempt at using her for a public relations stunt.”

How the singer could have missed the country’s horrendous record on human rights is beyond imagination with constant headlines about the regular executions of gay men, the struggles of Saudi women, the morality police, or the recent assassination of a Washington Post journalist.

But is it? Wouldn’t leadership be not agreeing to perform in the first place? Or is it considered “leadership” to back out once your fans react to the news you’re getting paid to perform for those who want to kill them?

“Welcome to the world of famous musicians, human rights abuses and cultural boycotts, where everyone is very sorry for endorsing dictatorships, but weirdly only after they’ve been accused of taking blood money,” Australian writer Jack Gow pointed out for ABC.

“Less than a decade ago, everyone from Usher to 50 Cent to Nelly Furtado to Beyonce performed at private parties for Libyan dictator Muammar al-Gaddafi. It was only public outcry that caused these artists to suddenly remember that this was a tyrannical regime and pledge to donate their ill-gotten gains to charity.”

Last year, Saudi Arabian women were allowed to drive for the first time. Prince Mohammed bin Salman, who has been credited with trying to modernize the country’s society, also re-opened cinemas and lifted the ban on music concerts like the one Minaj would have performed at.

According to American and world intelligence officials, he also ordered the assassination of journalist Jamal Khashoggi.

“The July 18 festival in Saudi Arabia still shows (One Direction member) Liam Payne as a performer,” Halvorssen added. “We hope that he follows Nicki Minaj’s lead. Minaj’s moral stance differs from celebrity performers like J-Lo and Mariah Carey who in the past have chosen to line their pockets with millions of dollars and stand with dictatorial governments as opposed to with oppressed communities and imprisoned human rights activists.”

Passengers Applaud as ‘Karen’ is Escorted Off Frontier Airlines Flight for...