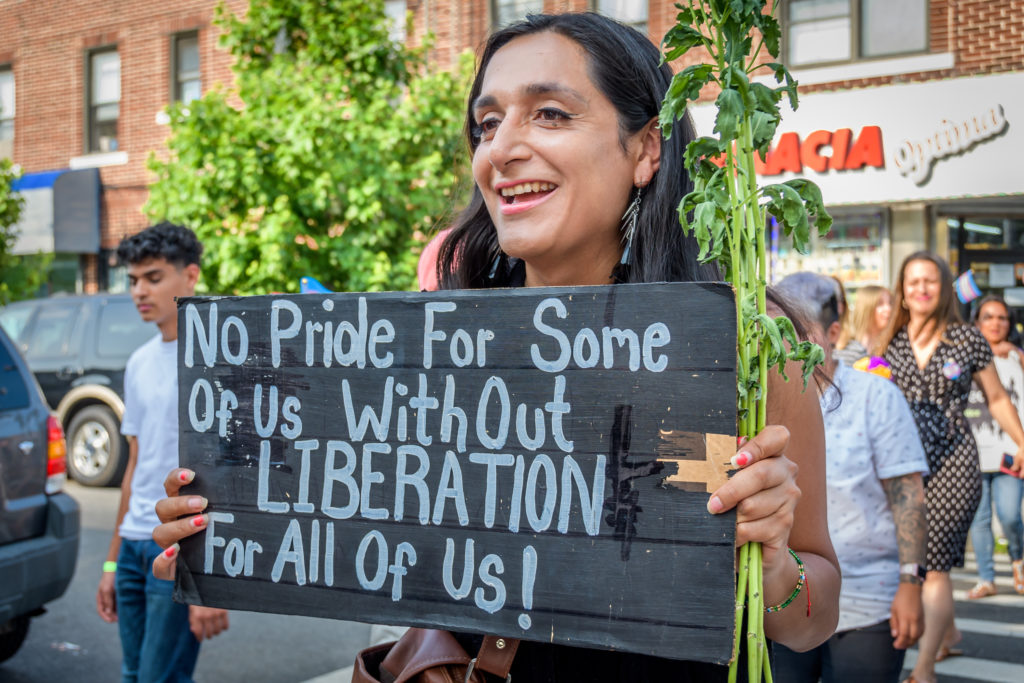 A petition has been set up calling on the UK government to launch a public inquiry into “transphobic” national media.

“In 2017 the government launched a consultation into reform of the Gender Recognition Act 2004,” the petition, which began today (July 29), begins.

“Many news groups continue to allege that trans people are a risk to others, and misrepresent the law.”

The petition was set up by Rebecca Stinson, an equality and human rights campaigner.

“I don’t believe we’re effectively tackling the hate and misinformation aimed at trans people that consumes the media every day,” Stinson told PinkNews.

“Society is turning a blind eye to this awful campaign when organisations, regulators, campaigners, and the government should be stepping in.”

“Transphobia in the media is changing the world for trans people. Society seems to be reversing: opening up previously agreed legal rights and protections.

“Trans people cannot go a single day without facing abuse and ‘debate’ about their right to take up space.”

“There are very few media outlets (particularly in the mainstream) that don’t question trans people’s rights to exist,” Stinson said.

The fight to overcome bigotry & hate must start now. #trans people cannot continue to endure this campaign against their very existence. Sign the petition. Make it clear to MPs that vulnerable adults and children must not be targeted with #transphobia. https://t.co/Jfv882wcni

On July 29, more than 100 celebrities, activists and LGBT+ charities signed an open letter to the new Prime Minster Boris Johnson, calling on him to press ahead with reforms to the Gender Recognition Act.

Olly Alexander, Munroe Bergdorf and Little Mix singer Jade Thirwall were among more than 100 signatories to the letter, along with representatives from charities including Mermaids, the Terrance Higgins Trust, UK Black Pride, Amnesty International UK and the LGBT Foundation.

Made public on Monday (July 29), the letter calls on Johnson and his new Minister for Women and Equalities Amber Rudd to “put words into action to address the discrimination, health inequalities, and legal barriers still affecting the lives of LGBT people today.”

The petition has received almost 600 signatures on its first day.

Get a Glimpse at Why Guests Are So Grateful for Key...

Labor Day weekend in Rehoboth — checking in with Diego’s, Sundance

Who can defeat Trump? Preview of HRC/CNN town hall