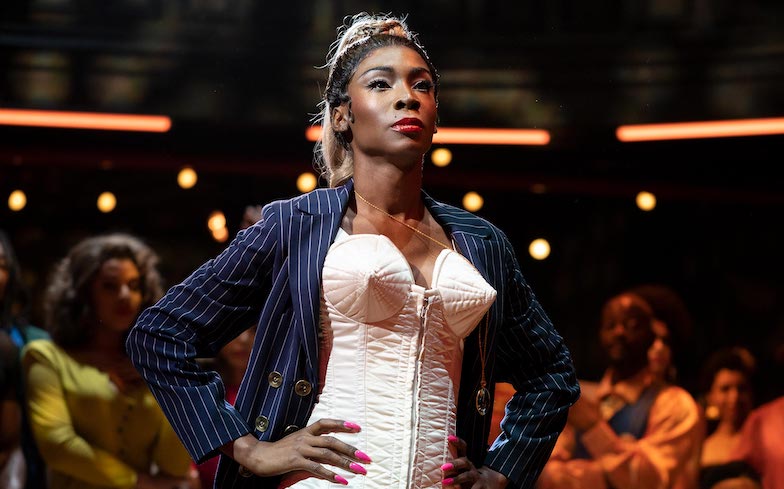 In an Instagram post, series creator Ryan Murphy praised Ross for her “tour de force of a performance” as fan-favourite character, Candy Abundance Ferocity, who was shockingly killed off in the second season’s fourth episode.

“Last night’s episode of Pose required us all to dig deep — @janetmock as writer, myself as writer and director, but most of all our incredible leading ladies,” Murphy wrote after the episode aired.

“I must applaud @angelicaross for her tour de force of a performance as Candy Abundance Ferocity. It has been a gift to watch her blossom as a true star and undeniable talent.”

He then excitingly revealed: “Though she will always be our Candy, and our show suffers this incredible loss, I am elated that the world will get much more Angelica.

“She is joining the American Horror Story family in another unforgettable role. Congrats Angelica for making history, leaping from #PoseFX to #AHS1984. Welcome to the #AHS family!”

I am ELATED to make history as the first trans actor to secure 2 series regular roles, leaping from #PoseFX to #AHS1984. Thank you @MrRPMurphy for the gift of playing Candy & creating my newest role on American Horror Story! I’m so honored & excited to join the @AHSFX family!!! pic.twitter.com/dRBprRUPDY

Shortly after, Ross shared the news on social media and said she is “elated”, thanking Murphy “for the gift of playing Candy and creating my newest role on American Horror Story.” She added: “I’m so honoured and excited to join the AHS family!”

Ross will star on the ninth season of the critically-acclaimed horror series – titled 1984 – alongside AHS veteran Emma Roberts and Olympic skier, Gus Kenworthy, in his acting debut.

Sarah Paulson and Evan Peters, who have both been with the show since its first season (Murder House), are unfortunately sitting this season out – which hasn’t been met with a positive reception from fans. 1984 will premiere later this year.

Since Pose premiered last year, it’s received universal praise from fans and critics, and also made history by featuring the largest amount of trans actors in regular roles of any scripted TV series in history.

The second season airs every Tuesday on FX – watch the trailer below.

ICE urged to release detainees at heightened risk for coronavirus

Home sales in the time of coronavirus