The Imperial Court system welcomes all so while there’s a huge drag component to the proceedings, not all monarchs serve in drag.
Rudy and Ginger, this year’s incoming emperor and empress are both cisgender monarchs. They’ll be installed this weekend in a flurry of festivities — officially on Saturday night at Gala of the Americas Coronation VIII at The Sphinx Club (1315 K St., N.W.) at 7 p.m. (cocktails at 6). Tickets are $100 at imperialcourtdc.org. The court raises money for various LGBT and AIDS causes.

Ginger B. Sparkles Childs Dennis is the Imperial Court name of Chrissy Burke, who’s currently Imperial Crown Princess Royale. She and Rudy were elected in June at the Czar Ball in Richmond. They decided lounging by the pool in Ft. Lauderdale at its coronation, they would unite forces for the Washington titles.

“(The Court) is important to me for a lot of reasons,” Burke says. “It has provided me with a safe environment to be me — an organization that has literally saved my life. I was at a point where I was extremely depressed and just did not want to continue with life. When I was introduced to the Court, I was very standoffish at first because I have always felt like I didn’t belong anywhere. (They) made me open my eyes and realize I am important.”

Burke, a lesbian, heard about the court through friends she calls her “chosen dads.”

“I attended a few events and was absolutely taken aback at the welcoming and loving group of individuals who were involved,” the 41-year-old Pittsburgh native says. “It’s helped bring me back to life.”

She says court involvement can be as much or as little as one wants.

“For me, I’m all in, so I spend the majority of my downtime helping (the court) and our community.”

Burke works as assistant manager at Dogtopia. She and her wife, Madie Doll, live in Alexandria with two “furbabies,” Kekoa and Eevee. Burke enjoys dancing, crafts, travel and community work in her free time.

How long have you been out and who was the hardest person to tell?

I have been out for four years to my friends and some of my family. The hardest person to come out to was my Dad. Before he passed I was able to tell him.

I do not have a specific LGBTQ hero. To me, everyone in our community is a hero for one reason or another.

What LGBTQ stereotype most annoys you?

They are all sick.

The day I was sworn in as a correctional officer.

What’s something trashy or vapid you love?

This empress will never tell her secrets! Ha ha.

“Jenny’s Wedding” gets me every time.

What would the end of the LGBTQ movement look like to you?

That we can just love who we want to love without any sort of repercussions. That we have educated all communities about each entity of our communities and unite together.

What’s the most overrated social custom?

What was your religion, if any, as a child and what is it today?

I was raised Catholic. Now, I believe there is a higher power.

What’s been the most memorable pop culture moment of your lifetime?

Being able to sit and talk with Tree Sequoia and hearing all the amazing stories.

What celebrity death hit you hardest?

I was so upset when George Burns passed away.

If you could redo one moment from your past, what would it be?

I would not redo anything from my past. It has helped me become who I am today.

What are your obsessions?

Disney and anything that sparkles.

we love one another and lift each other up.

That life will throw curveballs at you.

Why not? It’s a beautiful city with an amazing diversity of people.

Provincetown Bloomed into an ‘Enchanted Forest’ for Its 2019 Carnival Celebration:... 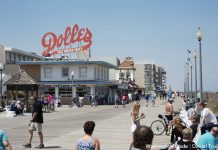 Find Your Inspiration: Artist and florist Jake Kuit on how escaping... 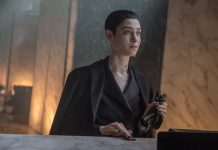