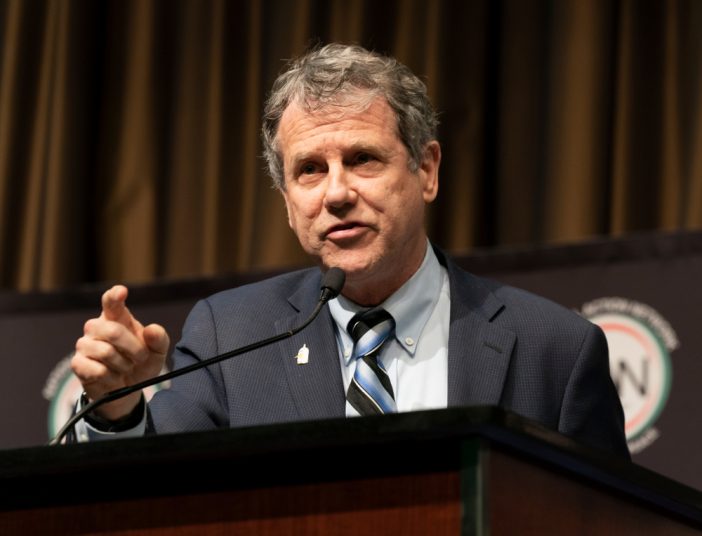 In an interview with LGBTQ Nation, Senator Sherrod Brown says he’s disappointed but not surprised by another year of silence from the White House during Pride season. While President Trump sent out a widely panned tweet to “celebrate” Pride month, it came on the heels of even more targeted attacks on the LGBTQ community.

“You start with the fact the president of the United States is a bigot. Period,” the Ohio Democrat said. Brown is a longtime supporter of LGBTQ rights.

For the third time since Trump took office and ignored former President Barack Obama’s precedent of issuing a Pride month proclamation, Brown has introduced a resolution that puts 47 senators on the record in support of “the rights, freedoms and equal treatment of lesbian, gay, bisexual, transgender and queer people in the United States and around the world.”

He acknowledged it’s probably the best supporters of LGBTQ civil rights can do right now in the Senate. While the House of Representatives passed a bill in May that would add sexual orientation, gender identity and gender expression to federal nondiscrimination laws in a bipartisan vote, Republican leader Mitch McConnell is unlikely to allow a vote in the Senate.

Brown said he doubts McConnell will even allow a vote on his Pride Month resolution.

“Clearly politicians in Washington like Trump, like most Republicans in the House and Senate, are on the wrong side of history,” he said. “Many if them know it. They continue to play to their reactionary base. They keep playing to the hate in the Republican party.”

Brown, who as a member of the U.S. House was one of just 67 lawmakers to vote against the Defense of Marriage Act in 1996, said he has seen an evolution in Congress.

They’re also changing their views because of discussions taking place in their own families, he said.

“A lot of these senators have grandchildren,” Brown said. “Their grandchildren shake their heads. ‘Because you have some bigots in your state, you did what?’ they say.”

The Senate resolution includes references to the 1969 Stonewall riots as a catalyst for LGBTQ liberation and cites the 2015 Supreme Court decision on nationwide marriage equality. It also mentions the 2016 Pulse nightclub mass shooting in Orlando and the 1973 UpStairs Lounge arson in New Orleans that killed 32 people.

The resolution talks about the impact of hate crimes and HIV/AIDS on the LGBTQ community and also cites continuing health disparities for LGBTQ Americans.

But in the face of nonstop attacks on LGBTQ rights by the Trump administration, is a pride proclamation that important?

Thankfully, Brown and his colleagues – including out Senator Tammy Baldwin – won’t settle for a piece of paper issued by a bully. Democrats have introduced multiple bills in both chambers to support the LGBTQ community’s fight for full equality.

And the Senators’ grandkids support it too.

As you assume your duties as Grand Marshall of the Pride Parade in Columbus @NinaWest, I just want to wish you congratulations on “The Nina West Way” — can’t wait to see the new sign in person. Happy Pride! https://t.co/EAZryEvG05

Take Our Tour of the UK’s Most Iconic Locations from Film...

Join Gay Times and Chappy for a pre-Pride brunch at Chotto...