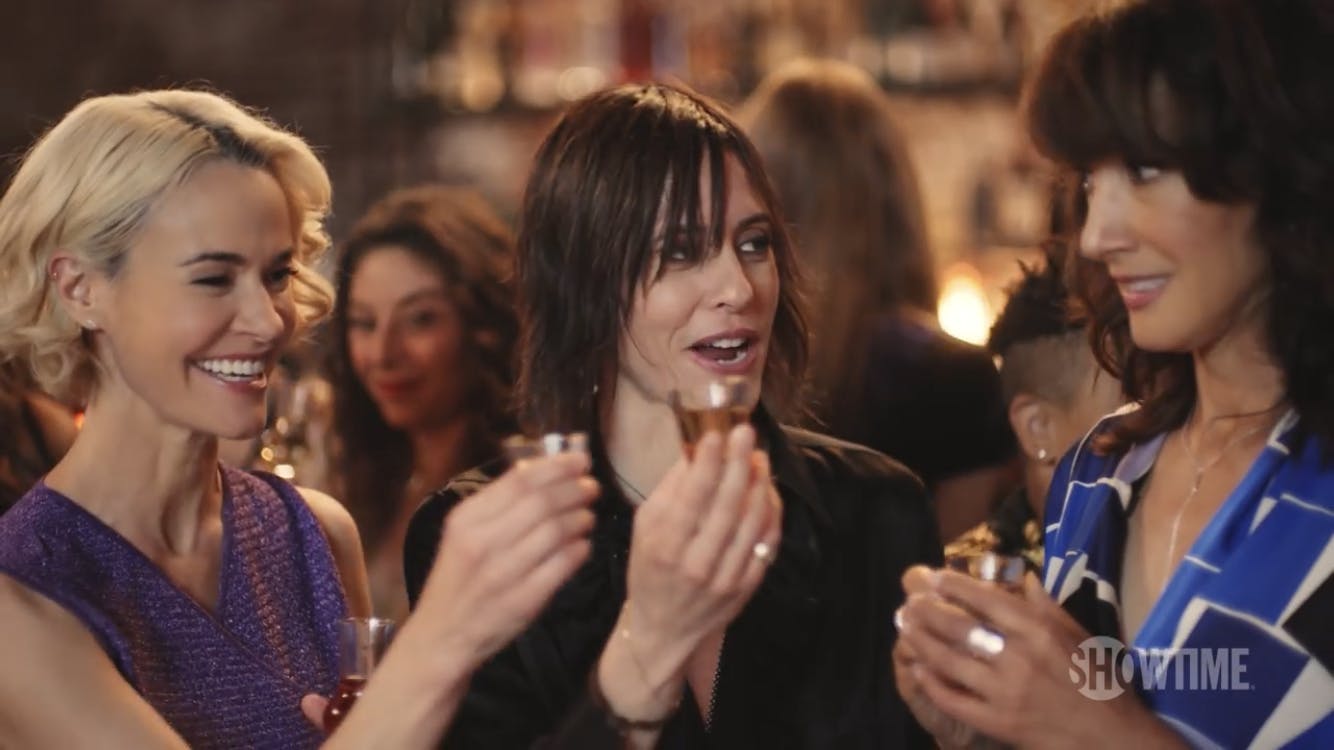 It’s hard to believe that the first The L Word began airing 15 years ago, but here we are. Now, the girls are back with some new faces in the revival of the series The L Word: Generation Q, scheduled to hit airwaves in about 6 weeks.

Showtime’s official trailer for the show’s return has most of the important things we missed from the original show: love, friendship, romance, and plenty of making out.

Jennifer Beals, Katherine Moennig, and Leisha Hailey all return as their characters Bette Porter, Shane McCutcheon, and Alice Pieszecki respectively. Along with these three, Marja-Lewis Ryan and original creator Ilene Chaiken will executive produce. While most of the ensemble cast will play new characters with completely new story lines, original L Word fans will have plenty of familiarity to work with (plus, Sarah Shahi is expected to return at some point to reprise her character Carmen.)

The new cast will also include two trans lesbians actresses, Jamie Clayton and Sophie Giannamore, although they were not featured in the trailer.

As for the story line, we will see Bette running for mayor of Los Angeles as an openly lesbian woman while raising her daughter. Alice also is taking a run at motherhood with her girlfriend Nat (Stephanie Alleyne), who is raising a child from a previous relationship. Dani Nùñez (Arienne Mandi) is trying to figure out when and how to get her girlfriend to marry her.

There will also be Micah Lee (Leo Sheng), an adjunct professor and the show’s residential gay man. Sarah Finley (Jacqueline Toboni), who seems fearless of almost anything but unfamiliar with the feeling of love, appears to be the wild card.

While it’ll be interesting to see what can happen in the series’ limited 8 episode run, the anticipation for The L Word‘s return has been growing all summer and fall. Guest stars already booked include Fortune Feimster, Lex Scott Davis, Olivia Thirlby, and Brian Michael Smith.

Watch the trailer here and get right back into the excitement and thrilling times we used to get every Sunday for 6 seasons:

Stay or Away: Unwind at the relaxing spas of Bath or...