Amnesty International Italy has condemned a meeting of the World Congress of Families (WCF) as “hostile to human rights.”

The human rights group has condemned the WCF, which is holding a three-day conference in the Italian city of Verona starting Friday (March 29), for promoting anti-LGBT and anti-abortion views.

“The programme, the aims, the speakers involved clearly characterise the meeting in Verona as an event hostile to human rights, especially to sexual and reproductive rights and LGBT+ rights. Such event should not be supported by any government institution, who instead should guarantee the rights of all people,” Amnesty International Italy said in a statement on Wednesday (March 27).

“Everyone should have the right to make their own choices about their own health, their body, their sexuality and their own reproductive life without fear, coercion, violence or discrimination.”

Italian Prime Minister Giuseppe Conte attempted to distance its government from the event earlier this month, but the conference has received support from the Italian minister for Family and Disability Lorenzo Fontana, who once denied LGBT+ families exist, and lists Deputy Prime Minister and Minister of the Interior Matteo Salvini as a speaker.

Among the speakers is also Verona mayor  Federico Sboarina, who in October supported a local council motion that branded Verona Italy’s first “pro-life city,” directing public funds to anti-abortion groups. One of the WCF Verona conference organisers is Massimo Gandolfini, who is among the founders of Italy’s “Family Day” movement, which opposes civil partnerships and adoptions for same-sex couples.

On Thursday (March 28), Italy’s far right group Forza Nuova—whose members stormed the office of Italy’s LGBT+ organisation Arcigay in the days following the adoption of the civil partnership bill in 2016—added their support to the WCF event, saying they’d be joining both the conference and the “March for the Family” scheduled for Sunday.

In denouncing the WCF event, Amnesty International Italy highlighted the WCF’s positions on marriage—defined as a union between a man and a woman—on abortion, which some event participants have compared to murder, and on LGBT+ people, who are pathologised and denied their full rights.

The human rights group also declared its intention to join a demonstration against the WCF event scheduled for Saturday (March 30): “Everyone should have the right to make their own choices about their own health, their body, their sexuality and their own reproductive life without fear, coercion, violence or discrimination.”

What is the World Congress of Families (WCF) and why is it anti-LGBT?

The WCF was founded in 1997 following a meeting between Russian sociologists Anatoly Antonov and Victor Medkov, and American historian Allan Carlson, president of the Illinois-based Howard Center for Family, Religion, and Society, who was appointment by President Ronald Reagan to the National Commission on Children in 1988.

The group has historically been most influential in Eastern Europe. In 2012, the WCF circulated a letter signed by 120 conservative and religious leaders condemning the US ambassador to the Czech Republic’s support for a gay pride event in Prague—the second ever to take place in the Czech capital.

In 2013, they successfully campaigned against Serbia hosting a gay pride event in Belgrade, a decision that was condemned by Council of Europe Secretary General Thorbjørn Jagland.

As Mother Jones reported in 2014, the WCF has also played a major role in the creation of the so-called “gay propaganda law” in Russia in 2013. 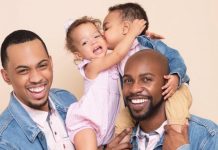 These same-sex parents were told ‘being gay is a sin’ on...

Sark could soon become the last of the Channel Islands to...