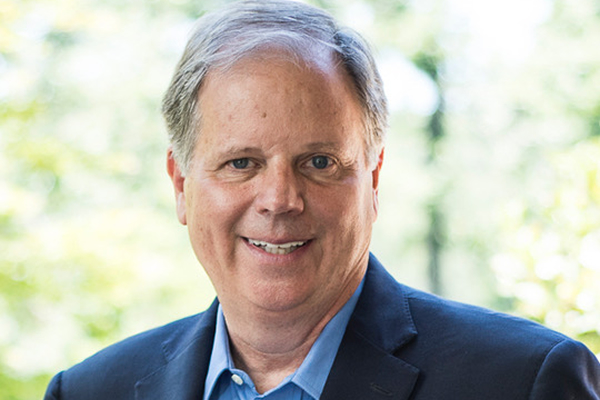 U.S. Sen. Doug Jones (D-Ala.) advocated for the Equality Act and honored Pride Month during his speech on the Senate floor on Wednesday.

Jones used his time to urge Senate Majority Leader Mitch McConnell to bring the Equality Act to a vote.

“I stand today Mr. President to honor the contributions of the LGBTQ Americans. The contributions they have given so selfishly to our nation and to remind all of my colleagues of the great risks these Americans still face simply because of who they love and who they are,” Jones says.

Jones also acknowledges the 50th anniversary of the Stonewall Riots and Pride Month.

The Equality Act would amend the Title VII of the Civil Rights Act of 1964 to extend nondiscrimination protections to the LGBTQ community for employment, housing, credit, federally-funded programs, public accommodations and jury service.

Jones signed on as a co-sponsor for the amendment in April.

This #PrideMonth, I ask my colleagues to take this step forward and to do the right thing by joining me in calling for Leader McConnell to bring the #EqualityAct to a vote in the Senate. https://t.co/1MQ2aoDvGp

No romance for Finn and Poe in ‘Rise of Skywalker,’ say...

Fanning in 4th place in fundraising for Ward 2 Council race