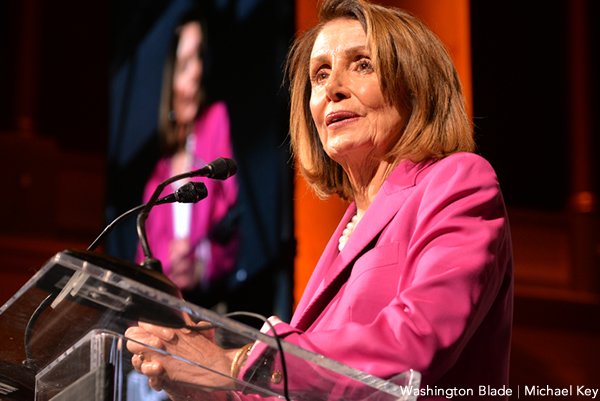 The idea that President Trump should be impeached is appealing to many. After all, he is a scumbag with zero ethics who doesn’t know the meaning of the word integrity. He has lied to the American people and is hurting our country and making the world a more dangerous place. So, yes, let’s move to impeach seems to be a rational thing to say.

But impeachment is more than finding the votes in the House of Representatives to pass articles of impeachment. That has been done twice before in our history. The House has voted articles of impeachment for two previous presidents: Andrew Johnson and Bill Clinton. I believe the House could do it again for Trump. But let us not forget in those previous cases the Senate refused to convict and acquitted them both and they continued to serve as president.

In the wake of the House voting to approve two articles of impeachment for Clinton his approval rating in polls went up by 10 percent. So there is a political reason to consider if voting to impeach Trump would do the same for him. Would the public at large, not just Democrats, feel Trump’s crimes are much more serious or would impeachment generate feelings among a large bloc of voters that Congress is only acting for political reasons. Then one must consider if Democrats could approve articles of impeachment with the current make-up of the Senate it is almost a guarantee the president would be acquitted. We know for certain if that happened he would stand in the Rose Garden with every Republican member of Congress arrayed behind him and declare, “Once again I have been found innocent.”

The question that must plague Nancy Pelosi, who I believe personally would like to see him impeached, is whether that acquittal and the campaign after it would see the Democrats once again lose the House of Representatives in 2020 when Trump is on the ballot. Will those Democrats who won their seats in 2018 in districts Trump won in 2016 be vulnerable? Many won their seats by small margins.

That is the conundrum Speaker Nancy Pelosi is facing. While her heart may be in one place she has a greater responsibility to both the Democratic Party and the nation than simply going with what her heart wants. I am glad she is there to do that trusting her gut when it comes to politics.

It’s time for all Democrats to recognize what Pelosi knows and what her responsibility as Speaker is to her members, all her members. Those who helped Democrats take back the House like Abigail Spanberger in Virginia’s 7th District, a conservative District where Trump is not yet a bad word; and Conor Lamb who won in Pennsylvania’s 17th or Susie Lee in Nevada’s 3rd.

On June 7, the New York Times updated its list on where the House stands on impeachment. It found at that time 60 supported it, 106 were against or saying not now or undecided and 267 hadn’t responded. It seems clear after the Muller report came out and then when Mueller made his eight-minute goodbye speech as he left the Justice Department, calls for impeachment have continued to grow. But those calls are far from overwhelming at this point and the political problems are immense.

Those Democrats in moderate or conservative Districts won not by bashing Trump but campaigning on issues like healthcare, education and jobs. They were able to convince many working class voters Trump’s claimed economic gains were not trickling down to them.

Pelosi understands while impeachment sounds good just as important if not more so for these Democrats in the moderate and conservative Districts is passing legislation on fixing the Affordable Care Act, including guaranteeing cheaper drug prices, and ensuring people with pre-existing conditions can get insurance at affordable prices. They need to show their constituents they are fighting to lower the cost of college and finding a more responsible way to deal with college loans and rebuilding our infrastructure.

Pelosi is working with her caucus to build a platform of legislation this House has passed so our presidential candidate, whoever he/she is, can say this is what will get done if Democrats take back the White House and the Senate. But it won’t happen if at the same time we end up losing the House again.

Peter Rosenstein is a longtime LGBT rights and Democratic Party activist. He writes regularly for the Blade.

Here’s Everything Gay Travelers Should Drink, Dine and Do Right Now...

The fear factor in queer childbirth

Dan Baer: Time for U.S. to change its relationship with Saudi...