The Virginia General Assembly’s 2019 session that ended on Feb. 24 has left many LGBT rights advocates disappointed.

Equality
Virginia, the Human Rights Campaign and other LGBT groups had hoped 2019 would
be the year the Virginia House of Delegates would pass laws barring
discrimination on the basis of sexual orientation and gender identity in
housing and public employment.

For
a fourth year, bills prohibiting such discrimination passed
in the Virginia Senate with record support. The housing bill went forward
with a 13-1 vote, and the public employment legislation passed with an 11-3
vote.

“Seeing
the housing bill come out yesterday with the support of everyone except [state Sen.
Dick Black] shows good momentum that people on both sides of the aisle
understand that these protections are necessary,” Equality Virginia Executive
Director James Parrish said at the time of the
vote.

Recent
polling indicates more than half of Virginia Republican voters favored
the bills. This statistic made many activists hope the House would pass the
pieces of legislation.

To
bolster conservative support further, Equality Virginia enlisted state Del. Roxanne
Robinson (R-Midlothian) to sponsor one of the House
bills
and launched a campaign titled Virginia Beach for Fairness in one of the most
conservative areas of the state.

In
the lead-up to the 2019 legislative session, the campaign sent postcards from
Virginia residents to House Speaker Kirk Cox (R-Colonial Heights). Equality
Virginia hoped the stories of individuals who have faced discrimination due to
their LGBT identity would convince Republican politicians that
anti-discrimination laws are necessary.

“We
had such a strong hand this year that they wouldn’t give the bills a hearing,
which has never happened in the 11 years that I have been in front of the
general assembly with our non-discrimination legislation,” Parrish told the Washington
Blade on Tuesday during a telephone interview.

Soon
after the bills failed, Equality Virginia announced its intention to continue
pushing for the legislation in the future despite the loss. “We lost this one but make no mistake … we will keep
fighting for the community and we won’t stop,” the organization tweeted.

We lost this one but make no mistake..
We will keep fighting for the community and WE WON’T STOP! 🏳️🌈💪🏳️🌈💪 pic.twitter.com/8qDP88JDIH

Beyond the defeat of the nondiscrimination bills, some pro-LGBT
legislation and policies did see success.

The
House and state Senate passed a bill that will make the
state’s surrogacy laws gender-neutral, removing the words “husband” and “wife”
from the existing legislation and allowing an unmarried individual to be an
“intended parent.”

Danica Roem, the only openly transgender member of the General Assembly, wrote that the bill will make it “easier for LGBTQ parents to have kids.”

“I’m
grateful that the General Assembly took steps to update existing laws to
recognize all the families that exist in Virginia,” Parrish said.

State
Sen. Adam Ebbin (D-Alexandria), the only openly gay state senator in Virginia,
led an effort to kill a bill that would have banned
the physical aspects of conversion therapy while keeping so-called “talk
therapy” legal for minors.

Ebbin
said an estimated 350,000 LGBT people in the U.S. have undergone some sort of
therapy to change their sexual orientation or gender identity. Ebbin claimed “talk therapy is a big
part of the problem” and said he didn’t believe a ban on only the physical
aspects of conversion therapy would put much of dent in the practice.

Soon
after the defeat of the legislation, the Virginia Board of Counseling voted to issue
guidance
that will ban licensed counselors from engaging in any sort of conversion
therapy. The board became the second state board under the state Department of
Health Professions to push back on conversion therapy after the Board of
Psychology commenced a similar effort a month prior.

2019
is an election year in Virginia, with all seats in the state Senate and the
House up for grabs.

Ebbin
and Parrish are hoping the election brings a change in leadership in the House.

“We
will be spending nine months doing everything we can to make sure there is new
leadership in the House of Delegates in 2020,” Parrish told the Blade.

“I’m
more motivated than ever for this campaign season and to change up the makeup
of the House,” Ebbin added. “And I think that we won’t be able to get our bills
to the governor’s desk until then.” 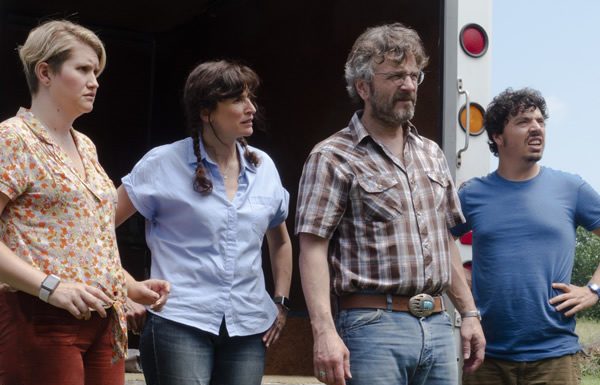