The Arizona Supreme Court has ruled the City of Phoenix cannot apply its LGBT-inclusive Human Rights Ordinance to penalize a local business for refusing to make custom-made invitations for a same-sex wedding, delivering a victory for groups seeking to justify anti-LGBT discrimination in the name of “religious freedom.”

In a 4-3 decision written Justice Andrew Gould, the court determines the guarantee of freedom of religion and speech under the Arizona state constitution permits Joanna Duka and Breanna Koski, owners of Brush & Nib Studios, LC, to deny services to same-sex couples.

“Duka and Koski’s beliefs about same-sex marriage may seem old-fashioned, or even offensive to some,” Gould writes. “But the guarantees of free speech and freedom of religion are not only for those who are deemed sufficiently enlightened, advanced, or progressive. They are for everyone.”

The court issued its determination based on Article 2, Section of the Arizona Constitution, as well as Arizona’s Free Exercise of Religion Act. The court didn’t issue the decision on grounds of the First Amendment under the U.S. Constitution, even though the anti-LGBT legal firm Alliance Defending Freedom, which is defending the business, argued the case on those grounds.

“In examining the text of Arizona’s free speech clause, we first observe that whereas the First Amendment is phrased as a constraint on government…our state’s provision, by contrast, is a guarantee of the individual right to ‘freely speak, write, and publish,’ subject only to constraint for the abuse of that right,” Gould writes. “Thus, by its terms, the Arizona Constitution provides broader protections for free speech than the First Amendment.”

The ruling marks another win for anti-LGBT groups seeking to justify the detail of services to LGBT people in the name of religious freedom. Last month, the U.S. Eighth Circuit of Court of Appeals found in the Telemedia Media Case business could invoke a First Amendment right to refuse to make video for same-sex weddings.

Jonathan Scruggs, senior counsel for Alliance Defending Freedom, crowed in victory in a statement following the the decision from the Arizona Supreme Court in favor of the business owners.

“Joanna and Breanna work with all people; they just don’t promote all messages,” Scruggs said. “They, like all creative professionals, should be free to create art consistent with their convictions without the threat of government punishment. Instead, government must protect the freedom of artists to choose which messages to express through their own creations. The court was right to find that protections for free speech and religion protect the freedom of creative professionals to choose for themselves what messages to express through their custom artwork.”

According to Alliance Defending Freedom, the owners of Brush & Nib Studios, LC were under threat of up to six months of jail time, $2,500 in fines, and three years of probation for each day the city would find them in violation of the law.

Writing the dissent in the case was Justice James Baker, who determined the City of Phoenix has a compelling interest in enforcing its ordinance against business seeking to deny wedding-related services for same-sex couples.

“Our constitutions and laws do not entitle a business to discriminate among customers based on its owners’ disapproval of certain groups, even if that disapproval is based on sincerely held religious beliefs,” Baker writes. “In holding otherwise, the majority implausibly characterizes a commercially prepared wedding invitation as ‘pure speech’ on the part of the business selling the product and discounts the compelling public interest in preventing discrimination against disfavored customers by businesses and other public accommodations.”

The decision overturns the ruling of the Arizona Court of Appeals, which found the City of Phoenix could penalize the company under Human Rights Ordinance. The state appellate court invoked the 2017 U.S. Supreme Court’s decision in the Masterpiece Cakeshop case to uphold the measure.

Gould takes another approach to the Masterpiece Cakeshop decision, asserting the decision would an allow religious and speech exemptions to a non-discrimination ordinance.

“Masterpiece Cakeshop did not hold that public accommodations laws were immune from free exercise exemptions; rather, it clearly contemplated that some exemptions, if narrowly confined, were permissible,” Gould writes. “And while we must, in determining whether plaintiffs’ invitations are entitled to an exemption from the ordinance, consider the impact on the City’s nondiscrimination purpose, we must also consider the effect of compelling plaintiffs to create these invitations.”

Justin Unga, deputy campaign director for the Human Rights Campaign, said in a statement the ruling was “an alarming decision that puts the state’s people, reputation, and economy at risk.”

“For years, Arizona’s economic councils, lawmakers, and leaders from every community, including faith and business leaders, worked together to build an Arizona that is open to everyone and attracts investments from across the country,” Unga said. “Not only does this decision affect countless LGBTQ Arizonans, it sends a message about inclusivity to businesses and institutions seeking to invest in states that welcome all people. Today’s decision could also open the door for discrimination against other communities protected by the ordinance including religious minorities and women.”

Julie Watters, a spokesperson for the City of Phoenix, said in a statement the Phoenix “is still a legal, valid law and remains in effect” and the ruling is limited to a solitary business.

“The Arizona Supreme Court made a very narrow ruling that one local business has the right to refuse to make custom wedding invitations for same-sex couples’ weddings that are similar to the designer’s previous products,” Watters said. “This ruling does not apply to any other business in Phoenix. The city of Phoenix has had an anti-discrimination ordinance since 1964 to protect all residents and believes that everyone should be treated equally.”

In response to a Blade inquiry on whether the city will be filed before the U.S. Supreme Court, Watters said “everything is currently being evaluated by our legal team.”

Alessandra Soler, executive director of the American Civil Liberties Union of Arizona, echoed the sense the ruling was limited. The ACLU filed a friend-of-the-court brief in the case.

“While today’s limited decision from the Arizona Supreme Court is disappointing, it does not grant businesses a license to discriminate,” Soler said. “Discrimination has no place in our state, and we call on all local businesses to make it clear that they are open to all. We’ll keep fighting to ensure protections for LGBT Arizonans so that no one can be fired from their job, denied a place to live, or be turned away from a business simply because of who they are and who they love.”

Rep. Greg Stanton (D-Ariz.), who served as Phoenix’s mayor when the city passed its Human Relations Ordinance in 2013, also condemned the decision.

“This is a shameful day for Arizona,” Stanton said. “Four years after the U.S. Supreme Court held that same-sex couples have a fundamental right to marry, the state Supreme Court has decided that cities cannot safeguard those same couples from active and harmful discrimination by corporations. This is backwards, dark-ages thinking.” 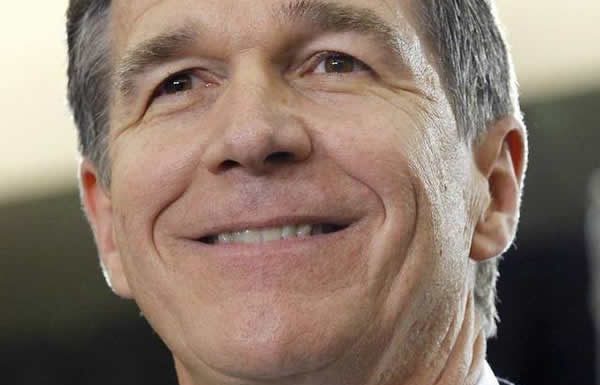 Cuba could have marriage equality in 2022