New Mexico officials have concluded a transgender woman who died in the custody of U.S. Immigration and Customs Enforcement last year was not physically abused before her death.

A press release the New Mexico Office of the Medical Investigator released on Tuesday says an autopsy it performed on Roxsana Hernández found she died from Castleman disease associated with AIDS. The autopsy also classifies her manner of death as “natural.”

These findings differ from the results of a
second autopsy that former Georgia Chief Medical Examiner Kris Sperry
performed shortly after Hernández died at Lovelace Medical Center in
Albuquerque, N.M., on May 25, 2018.

The findings of the second autopsy, which the Transgender Law Center released late last year, found “evidence of physical abuse” that included “deep bruising” on Hernández’s rib cage and “deep contusions extending onto the back.” It also said Hernández’s wrists “also exhibited extensive regions of deep soft tissue and musculature hemorrhage, again not externally visible, which are typical of handcuff injuries.”

The autopsy also concludes the cause of death was “most
probably severe complications of dehydration superimposed upon HIV infection,
with the probable presence of one or more opportunistic infections.”

The New Mexico Office of the Medical Investigator’s press
release acknowledged Sperry’s autopsy “identified soft tissue bleeding over the sides and back of the chest thought
to be secondary to physical abuse.”

The press release notes Hernández “had
extensive fractures of the ribs and sternum (breastbone) consistent with a
series of at least 10 cardiac arrests with successful rounds of cardiopulmonary
resuscitation (CPR) by medical personnel working to save her life.”

“During the period when Ms. Hernández was being resuscitated, her platelet count (blood elements responsible for clotting) was extremely low which would amplify the bleeding associated with physically forceful CPR,” it reads.

Hernández, 33, was from Honduras.

Advocates in Guatemala and Mexico with whom the
Washington Blade spoke earlier this year said they provided assistance to Hernández
last spring before she traveled to the Mexico-U.S. border with hundreds of
other migrants.

U.S. Customs and Border Protection agents took
Hernández into custody on May 9, 2018, when she asked for asylum at the San
Ysidro port of entry south of San Diego. She was transferred to the Cibola
County Correctional Center in Grants, N.M., which has a unit for trans
detainees, a few days later.

Hernández was admitted to a local hospital on May 17, 2018, after she exhibited signs of pneumonia, dehydration and complications associated with HIV. She died a week later.

Hernández’s death sparked widespread outrage
among LGBTI and immigration rights advocates in the U.S. and in Central
America.

A letter that
U.S. Sens. Kamala Harris (D-Calif.), Tom Udall (D-N.M.) and Martin Heinrich
(D-N.M.) sent to ICE and CBP officials cites reports that indicate Hernández
“endured freezing temperatures and was denied adequate food, water and
medical care” while in custody in California and “vomited” while
ICE transported her between facilities.

The Transgender Law Center has announced it
plans to file a wrongful death lawsuit on behalf of Hernández’s family. The
organization on Tuesday sharply criticized the New Mexico Office of the Medical
Investigator over its handling of the autopsy, accusing it of allowing ICE to
read the report before Hernández’s legal representatives.

“The
NM OMI dragged their feet in releasing Roxsana’s autopsy report only to let ICE
run the show and use the report to do their dirty work of shirking
responsibility for her care,” said the Transgender Legal Center.

A spokesperson for the New Mexico Office of Medical Investigator on Wednesday declined further comment on the Hernández case. ICE spokesperson Danielle Bennett in an emailed statement reiterated her previous comments in which she said, “allegations that (Hernández) was abused in ICE custody are false.”

“A review of Hernandez’s death conducted by ICE
Health Service Corps medical professionals confirmed that she suffered from a
history of untreated HIV,” Bennett told the Blade. “At no time
did the medical personnel treating Ms. Hernandez at Cibola General Hospital or
Lovelace Medical Center raise any issues of suspected physical abuse.”

Bennett also said ICE “takes very seriously the health, safety and welfare of those in our care, including those who come into ICE custody with prior medical conditions or who have never before received appropriate medical care.”

“Any death that happens in ICE custody is a cause for concern, and the agency will continue its full review of this case according to standard protocols,” she added. 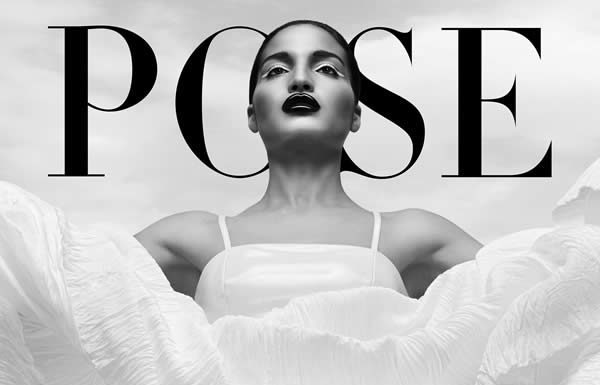 Chris Frederick steps down as Exec Director of NYC Pride