Coming back from disappointing results at the start of primary, former Vice President Joseph Biden won big on Super Tuesday by routing his competition for the Democratic presidential nomination in multiple states.

Late Tuesday, the Associated Press declared Biden had won or was leading the 8 of the 14 states up for grabs. In particular, Biden had a strong showing in the South, which has a heavy black electorate and during the South Carolina primary signaled a nostalgia for President Obama by backing his vice president.

Speaking at a celebration in Los Angeles, a joyous Biden (who initially mixed up his wife and his sister on stage before saying, “They switched on me!”) declared victory.

“Just a few days ago, the press and the pundits declared the campaign dead,” Biden said. “And then came South Carolina, and they had something to say about it. And we were told by the time we got to Super Tuesday it would be over. Well, it may be over for the other guy.”

The eight states where Biden had won or a strong showing were Alabama, Arkansas, Massachusetts, Minnesota, North Carolina, Oklahoma, Tennessee and Virginia. In some cases, such as Minnesota, Biden won in places in which he had never set foot as presidential candidate and opened zero field offices.

Prior to Super Tuesday, Biden enjoyed a boost of support earlier in the week with a bevy of new endorsements after former South Bend mayor Pete Buttigieg and Sen. Amy Klobuchar (D-Minn.). Both of the former candidates were among those who endorsed Biden.

Although Sen. Bernie Sanders (I-Vt.) won Colorado, Utah and Vermont, the results disrupted the media narrative from just weeks ago he was unstoppable force in obtaining the Democratic nomination. Consistent with his performance in the 2016 primary, Sanders was unable to win states in the South.

In Texas, Sanders — who has considerable support in the Latino community — was ahead in Texas as of this posting, but just marginally ahead of Biden. The AP had also yet to call Maine.

The results in California, which as the largest state in country would have the largest share of delegates and is a heavily Democratic state, weren’t known at the time of this positing.

As of late Tuesday, Sanders had a fewer votes for the Democratic nomination than he had at this point in 2016, according to the Washington Post.

With Biden’s strong showing in the Democratic primary, calls will likely increase for former New York City mayor Michael Bloomberg — who was a moderate alternative to Biden — to drop from the race. The AP reported Bloomberg was assessing his plans in the aftermath of the results.art of his campaign.

For context, Bloomberg spent $43 million on advertising in Virginia, North Carolina and Alabama, but Biden spent $772,000 on advertising in those states, according to CNN reporter David Wright. Biden was projected to win all three.

The Super Tuesday results were even more disappointing for Sen. Elizabeth Warren (D-Mass.), who an abysmal showing in every state and finished an embarrassing third place in her home state of Massachusetts.

Exit polls: LGBTQ people 1 in every 10 voters on Super Tuesday

Meanwhile, exit polls from NBC News revealed voters who identify as lesbian, gay, bisexual of transgender made up one out of every 10 people who voted in the Democratic primaries on Super Tuesday.

Broken down on state-by-state basis, Maine and Massachusetts had the highest percentage of LGBTQ-identified voters in their states primaries. In both cases, 13 percent of voters told the exit poller they were LGBTQ, according to an analysis from the Human Rights Campaign.

According to NBC News, Democratic voters who identify as LGBTQ are substantially younger than the Democratic electorate as a whole. A third of LGBTQ people were younger than 30 years old while 65 percent of the LGBTQ voters today were under 45.

The exit polls, however, don’t reveal the candidate with whom LGBTQ voters were aligned on Super Tuesday. Earlier polls indicated the LGBTQ Democratic voting bloc is most aligned with Sanders and Warren, although that may have changed in recent days as Biden gained momentum.

Alphonso David, president of the Human Rights Campaign, said in a statement the exit poll demonstrate on Super Tuesday LGBTQ people “showed up in record numbers and cemented our status as a crucial constituency to court.”

“LGBTQ people and our rights have been on the ballot for decades, compelling us to register to vote and participate in politics rather than let others decide our rights for us,” David said.

The Human Rights Campaign hasn’t endorsed a candidate in the primary, but David commended each of the Democratic candidates across the board for their commitment to LGBTQ rights.

“2020 marks the most pro-equality field of Democratic Presidential candidates in U.S. history,” David said. “Our power has continued to grow and candidates are seeing us increasingly for the critical voting bloc we are and have pursued us vigorously, releasing policy after policy providing more details about their LGBTQ platforms than any other Democratic primary field in history.” 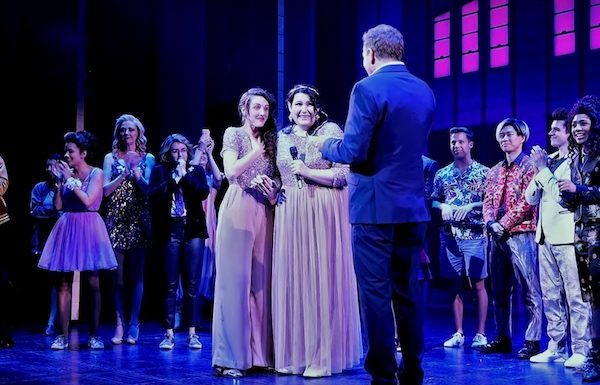 Why homophobic Republicans are so prone to gay sex scandals, according to one psychologist