Home Lifestyle Buttigieg: Anti-gay countries ‘will have to get used to’ gay U.S. president 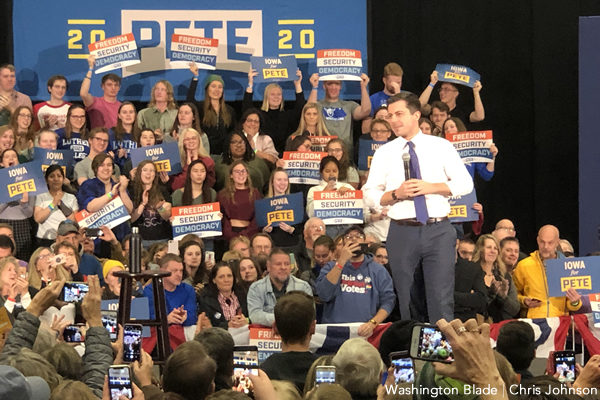 Buttigieg: Anti-gay countries ‘will have to get used to’ gay U.S. president

DECORAH, Iowa — South Bend Mayor Pete Buttigieg has a message to countries with anti-gay laws on the books like Saudi Arabia and Russia: Better get used to dealing with a gay U.S. president.

The gay 2020 presidential hopeful made the comments Saturday night during a town hall at Decorah High School in response to a question submitted by an audience member.

The campaign staffer who read the question asked Buttigieg how he’d deal with international leaders from countries “like Saudi Arabia and Russia, where it’s illegal to be gay.”

“So, they’re going to have to get used to it,” Buttigieg said.

The audience, which was an estimated 1,000 people in a small town of 8,000, responded with roaring and sustained applause far greater than any other cheers throughout the evening. Other responses to Buttigieg’s lines about action on guns and removing President Trump from the White House were loud, but didn’t come close.

“One great thing about America is that when we’re at our best, we have challenged places around the world to acknowledge freedom, and include more people in more ways,” Buttigieg added. “And whether it is by policy or just by example, America is at her best when we have done that.”

But Buttigieg wasn’t done. The South Bend mayor said the problem isn’t so much anti-gay countries having to deal with him, but the way these countries treat their LGBT citizens.

“Not every country is there, and my real concern is not how those leaders are going to treat me — they’ll treat me as the president of the United States when we interact as nations do,” Buttigieg said. “The problem, of course, is how people are being treated in those countries.”

Saudi Arabia, one of the more than 70 countries where homosexuality is illegal, punishes same-sex relations with the death penalty. Anti-gay brutality is notorious in Russia, where in the semi-autonomous Republic of Chechnya gay men are reportedly executed. Russia also has an anti-gay propaganda law that has stifled LGBT rights efforts there.

Buttigieg cautioned “we can’t intervene in every country and make them be good to their people,” but said his election as president would have impact on LGBT people overseas.

“I do believe that one big step forward would be for a country like the United States to be led by somebody that people in those other countries can look to an know that they’re not alone,” Buttigieg concluded to additional applause. 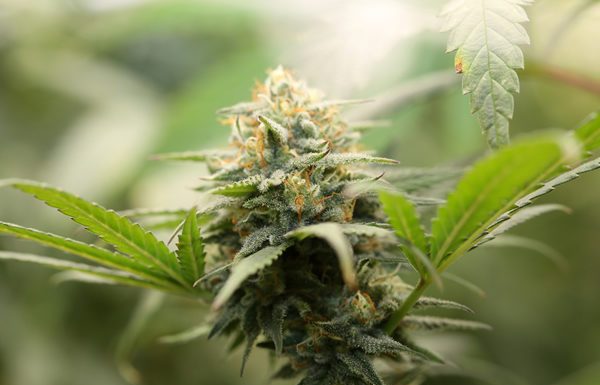