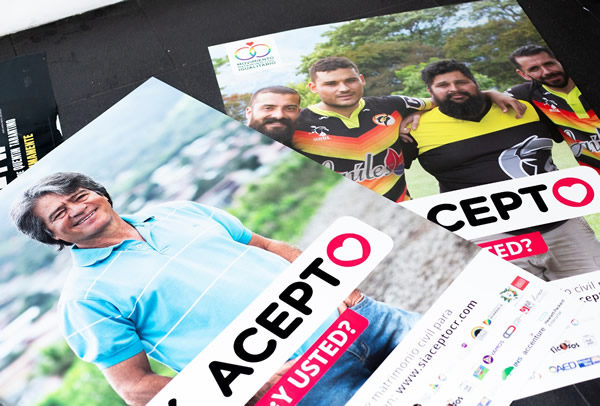 More than 30 groups have joined a campaign designed to increase support for marriage rights for same-sex couples in Costa Rica.

Sí, Acepto (“Yes I accept” in Spanish) formally launched in August and includes ads that feature LGBTI Costa Ricans’ relatives, friends and teammates. The campaign also includes workshops on the issue that will take place across the country.

“This
first phase is real stories that talk about (people)’s experience as a dad, as
a mom, as an uncle, as a brother, etc., when they realized someone in their
family was gay or lesbian,” Sí, Acepto Project Manager Gia Miranda told
the Washington Blade last month during a WhatsApp interview from Costa Rica.

Miranda
added those featured in the ads also talk about how they “now
understand” their loved one’s sexual orientation or gender identity
“doesn’t change their love for that person one bit.”

Freedom to Marry Global has also provided support to the campaign.

“Advocates in Costa Rica have built a powerful campaign rooted in conversation as the engine of change,” Evan Wolfson, founder of Freedom to Marry, told the Blade in a statement. “It’s been proven time and time again — in the U.S. and across many countries in Latin America — that when people hear why marriage matters to their gay and lesbian neighbors, as it does to them, and talk about personal stories and shared values, support for the freedom to marry grows.”

The Inter-American Court of
Human Rights, which is based in the Costa Rican capital of San José, in January
2018 issued a landmark ruling that recognized same-sex marriage and transgender
rights.

Then-Costa Rican Vice President Ana Helena Chacón announced her government was going to comply with the ruling, which the court announced weeks before the first round of the country’s presidential election.

Carlos Alvarado, who publicly supports marriage rights for same-sex couples, was elected president of Costa Rica in April 2018. His opponent in the election’s second round, Fabricio Alvarado, made his opposition to the issue a centerpiece of his campaign.

The country’s Supreme Court last November gave members of the Costa Rica National Assembly a deadline of May 26, 2020, to extend marriage rights to same-sex couples before the Inter-American Court of Human Rights’ decision takes effect.

Opposition to marriage rights for same-sex couples remains high in Costa Rica, even though the country is seen as a champion of human rights in the region.

Costa Rica this month
challenged Venezuela’s campaign for a seat on the U.N. Human Rights Council.
The Washington Post on Thursday reported
Venezuelan Foreign Minister Jorge Arreaza said his embattled government
“faced a ferocious campaign” after the country won with the support
of Cuba and other allies.

Protests against the
government of Nicaraguan President Daniel Ortega and his wife, Vice President
Rosario Murillo, began in April 2018. Nicaraguan LGBTI rights advocates are
among those who have
fled to Costa Rica since the protests and the crackdown against them began.

Wolfson said he remains
confident the campaign will pave the way for same-sex couples to legally marry
in the country.

“As Costa Rica prepares
to usher in a new era of recognition and respect for all families, the Sí,
Acepto campaign will ensure that this landmark marriage victory will unite the
country under the shared values of the Costa Rican people,” he told the
Blade. 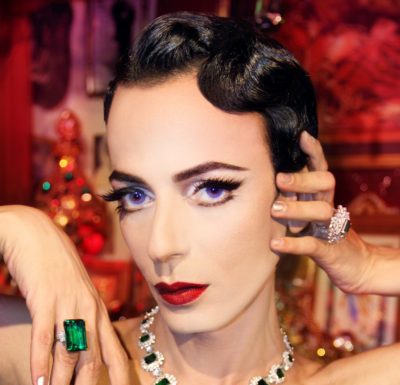