Former Zimbabwean President Robert Mugabe has died in Singapore at the age of 95.

Mugabe ruled Zimbabwe since the country’s independence from
the U.K. in 1980 until the country’s military ousted
him from power in 2017. Mugabe’s successor, President Emmerson Mnangagwa,
announced his death on Friday.

“Mugabe was an icon of liberation, a pan-Africanist who
dedicated his life to the emancipation and empowerment of his people,”
said Mnangagwa in a tweet. “His contribution to the history of our nation
and continent will never be forgotten.”

Cde Mugabe was an icon of liberation, a pan-Africanist who dedicated his life to the emancipation and empowerment of his people. His contribution to the history of our nation and continent will never be forgotten. May his soul rest in eternal peace (2/2)

Mugabe frequently targeted LGBTI activists, among other
groups, during his more than three decades in power.

He described gays and lesbians as “dogs and pigs” in 1995.

Mugabe in a 2014 speech that marked Zimbabwe’s independence
from the U.K. threatened to expel foreign diplomats who promote LGBTI rights in
the country. More than 30 people were injured that year when a group of men
attacked an LGBTI rights organization’s end-of-the-year party.

Ricky
“Rikki” Nathanson is the founder of Trans Research, Education,
Advocacy and Training (TREAT), a transgender advocacy group in Zimbabwe. The
U.S. earlier this year granted her asylum and she now works at Casa Ruby in
D.C.

Nathanson on Friday acknowledged to the Washington Blade
that Mugabe was “the ‘liberator of the nation’, but liberation didn’t come
to all.”

“Cisgender, heterosexual people initially lived in a
state of freedom, whereas the LGBTQ people were likened to ‘pigs and dogs’, by
the man who broke the shackles of colonialism only to suppress this vulnerable,
minority of people with his bigotry and outright hatred, even wishing our
obliteration,” said Nathanson.

“Every platform he had — election campaigns, funerals,
weddings — he used to denigrate LGBTQ people,” she added. “We were
beaten, tortured and locked up in prison. He may have died, but his legacy
lives on. This legacy that has forced thousands of us to leave Zimbabwe in
order to survive, physically, emotionally, mentally and even financially.”

Peter Tatchell, a British LGBTI rights activist, in an email
said Mugabe “will go down in history as one of the most homophobic leaders
in modern times.”

Jeffrey Smith, founding director of Vanguard Africa, a D.C.-based group that has worked with human rights activists in Zimbabwe, echoed Tatchell and Nathanson.

“The life of Robert Mugabe was the tragic tale of a freedom fighter turned tyrant — a man wholly corrupted by the power granted to him and unrepentant for the violence he inflicted on generations of Zimbabweans who yearned for nothing more than their basic rights and dignity,” Smith told the Blade. “A thorough devastation that undoubtedly set the country back for generations.”

Nathanson told the Blade that she, as a Zimbabwean who lives abroad, “should feel relieved or even elated” over Mugabe’s death. Nathanson nevertheless said she still has “this blanket sadness as I see no immediate respite for those left behind.” 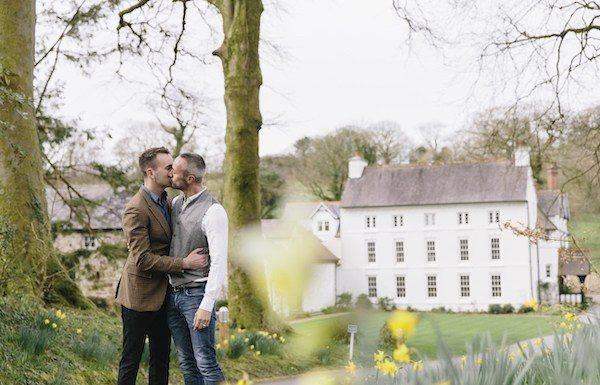