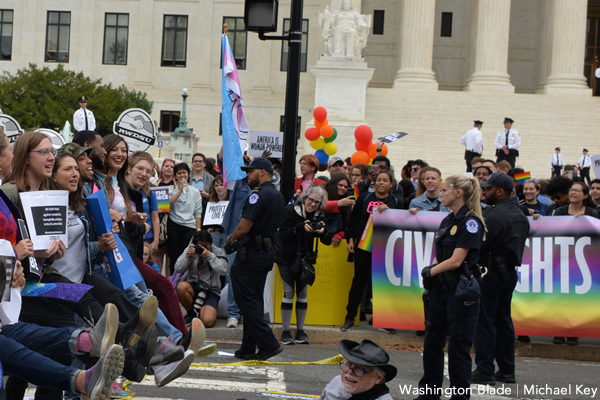 When the dust cleared Tuesday after two hours of arguments at the U.S. Supreme Court on whether anti-LGBT discrimination is prohibited under federal civil rights law, U.S. Associate Justice Neil Gorsuch emerged as a potential ally for LGBT people.

Gorsuch, a Trump-appointed justice who considers himself a textualist, asked many questions suggesting he’s at least considering the idea that anti-LGBT discrimination is a form of sex discrimination, thus prohibited under Title VII of the Civil Rights Act of 1964.

If LGBT rights supporters eke out a victory from the Supreme Court, they may well have Gorsuch to thank on the divided court for taking them over the finish line.

Throughout the arguments, Gorsuch made several inquiries on whether the concept of sex is inseparable from anti-LGBT discrimination. At one point, Gorsuch asked, “Isn’t sex also at play here?” and gave an example of an employer firing a man for being attracted to another man as an example of sex discrimination.

To be sure, Gorsuch also asked questions about whether employers could keep sex-segregated bathrooms under an LGBT-inclusive Title VII.

“To what extent should we take that into account?” Gorsuch said. “And same thing with gender-specific uniform requirements. How would you deal with those, given that at least those affected might think that they’re suffering a harm?”

Gorsuch posed one question in particular to David Cole, national legal director for the American Civil Liberties Union, that may best offer a glimpse into the justice’s internal views.

“Assume for a moment that I’m with you on the textual argument,” Gorsuch said. “Should the court be concerned about the massive social upheaval that would ensue?”

(With respect to transgender protections, Cole said there would be no upheaval, citing decades of case law affirming anti-trans discrimination is a form of sex discrimination.)

The Supreme Court agreed to adjudicate the litigation as a result of taking up a trio of consolidated cases seeking clarification on whether Title VII covers anti-LGBT discrimination.

According to the Williams Institute at the University of California, Los Angeles, non-discrimination protections for an estimated 4.1 million LGBT people in states without LGBT civil rights are at stake in the upcoming decision.

Although Title VII relates specifically to employment, any decision the Supreme Court reaches will impact other laws barring sex discrimination, such as the Fair Housing Act, the Affordable Care Act and Title IX of the Education Amendments of 1972. Therefore, the decision will impact LGBT people not just in the workplace, but also housing, health care and education.

Gorsuch was one of three justices who were carefully under watch during oral arguments as potential swing votes on whether anti-LGBT discrimination is prohibited under Title VII.

Another was Chief Justice John Roberts, who entertained the idea of anti-gay discrimination being a form of sex discrimination during the 2015 marriage equality arguments.

But four years later in the Title VII cases, Roberts was unequivocally on the side that anti-LGBT discrimination is not a form of sex discrimination.

Roberts’ questions pointed out Congress didn’t intend to include LGBT people in the 1964 law.

Another justice of interest was Brett Kavanaugh, but the newly confirmed Trump appointee kept his cards exceedingly close to his vest.

Kavanaugh asked only one question: A legal technical inquiry on the difference between the plain and ordinary meaning of Title VII.

But the discussion on both subjects often crossed over to both sides. For example, the question of transgender people using bathrooms came during the sexual orientation portion, and John Bursch, a lawyer with Alliance Defending Freedom, brought up the idea of religious institutions being able to terminate employees who enter into a same-sex marriage.

It’s certainly possible the Supreme Court could reach one decision with respect to transgender employees, and another with respect to gay, lesbian and bisexual workers (especially considering the case law among lower courts for transgender people is significantly more developed). But justices gave no indication they’d reach two separate decisions.

Alito repeatedly asked about a bizarre hypothetical situation in which an employer is aware of the sexual orientation of a job applicant and refuses to hire that person without knowing his or her gender.

“Let’s imagine that the decision-maker in a particular case is behind the veil of ignorance and the subordinate who has reviewed the candidates for a position says, ‘I’m going to tell you two things about this candidate. This is the very best candidate for the job, and this candidate is attracted to members of the same sex,’” Alito said. “And the employer says, ‘OK, I’m not going to hire this person for that reason.’”

Representing the gay workers before the court was Pamela Karlan, who’s director of the Supreme Court Litigation Clinic at Stanford Law School.

“The attempt to carve out discrimination against men for being gay from Title VII cannot be administered with either consistency or integrity,” Karlan said. “In the words of the en banc Second Circuit, it forces judges to resort to lexical bean counting where they count up the frequency of epithets, such as ‘fag,’ ‘gay,’ ‘queer,’ ‘real man,’ and ‘fem,’ to determine whether or not discrimination is based on sex or sexual orientation.”

Karlan, a lesbian, approached her task with energy and great wit befitting a representative of gay men before the Supreme Court.

When U.S. Associate Justice Ruth Bader Ginsburg asked Karlan about congressional intent in 1964, Karlan quipped LGBT people weren’t in mind because “those were the days of ‘Mad Men,’” invoking the hit TV show. Karlan added, nonetheless, the courts since that time have expanded the definition of sex under Title VII to include sex stereotyping and sexual harassment.

In response to Alito’s hypothetical about a genderless, gay job applicant, Karlan quipped that person would be like “Pat,” the androgynous character formerly seen on “Saturday Night Live.”

For a long stretch into her arguments, the justices allowed her to proceed without questions. At her conclusion, she joked, “If no one has any further  questions, I’ll reserve the remainder of my time for rebuttal.” Roberts responded she would have questions, and the justices peppered her with them.

Cole, representing Aimee Stephens, who was fired from her job from the Michigan-based Harris Funeral Homes after announcing she’d transition, made the case the anti-trans discrimination she experienced is a form of sex discrimination in various ways.

Each of the four liberal justices on the bench — Ginsburg as well as U.S. Associate Justices Sonia Sotomayor, Elena Kagan and Stephen Breyer — advocated for LGBT inclusion under Title VII from the bench.

Breyer brought up several times the notion firing someone for being in an interracial or interfaith relationship would be illegal under Title VII, suggesting that should be the same for someone in a same-sex relationship.

Toward the end of arguments, Breyer delivered a standout moment when he recognized Congress enacted the Civil Rights Act in 1964 to help vulnerable communities, which should lead the court to expand its scope to include LGBT people.

“In the ’60s, we were only 10 years away from where people who were real slaves and discriminated against obtained a degree of freedom,” Breyer said. “And these statutes were all part of a civil rights movement that was designed to include in our society people who had been truly discriminated against for the worst of reasons. And at that time, this civil rights statute, when it was passed, would have put in the category gay people, transgender people as people who were suffering terrible discrimination.”

Sotomayor echoed that statement in her words, saying the Civil Rights Act was intended to end “invidious discrimination.”

Representing the Trump administration in the arguments was U.S. Solicitor General Noel Francisco, who represented the U.S. government in the transgender case and volunteered time in the gay cases.

Francisco, responding to Breyer’s suggestion the premise of the Civil Rights Act calls on the Supreme Court to expand it, rejected that notion.

“I actually find it troubling for courts to take that approach because I actually think it deprives the people of the ability to struggle with these issues democratically,” Francisco said. “And I think it is very important when we have these kinds of big changes, that we actually convince one another that this is the right thing to do.”

Jon Davidson, chief counsel at the pro-LGBT Freedom for All Americans, attended the oral arguments and said in the aftermath he was “cautiously optimistic.”

“It seemed clear that we have four votes to uphold federal employment discrimination protections for LGBTQ people,” Davidson said. “We only need one more and I believe that Chief Justice Roberts, Justice Kavanaugh, and especially Justice Gorsuch all remain in play.”

It’s unclear when the Supreme Court will render its decision. Because justices are hearing the cases early in their term, they’re expected to issue a ruling well before June 2020.

Regardless of the decision, Davidson said legislative change will still be necessary in Congress to protect LGBT people from discrimination.

“Win or lose, we will need Congress to act by passing a law like the Equality Act,” Davidson said. “If we lose, that is our only recourse. If we win, we will still need that victory written into the statutes and we will still need federal protections against discrimination in public places like stores, restaurants, and hotels and against discrimination by federally-funded programs like adoption and foster care agencies.” 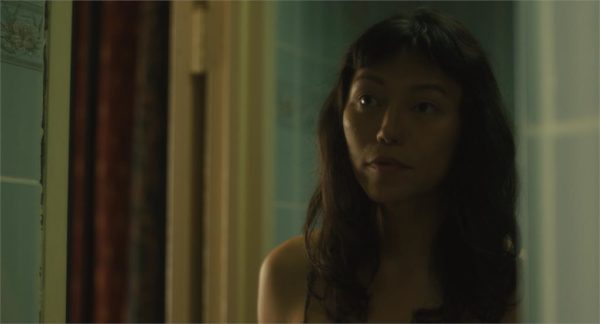 Jean Paul Gaultier on Fashion Freak Show and why “there’s not one kind of...