Pictures that Varadkar posted to his Twitter page show him and his partner, Dr. Matthew Barrett, with Pence and his sister, Anne Pence Poynter, at the breakfast. Mike Pence’s wife, Karen Pence, who teaches at a Virginia school that does not allow openly LGBTI students to enroll and refuses to hire out faculty members, was not in attendance.

Vice President Mike Pence invited me and Matt to his home at the Naval Observatory this morning. It’s great to be back here for a really warm reception. pic.twitter.com/Wkh2Ic8lWP

“We are greatly honored for our third time as a family
in this historic residence to welcome the taoiseach of Ireland, Leo Varadkar,”
said Mike Pence as he introduced
Varadkar at the breakfast. “We are also really honored to be joined by
your partner, Dr. Matthew Barrett.”

Pence and President Trump continue to face criticism over
their administration’s anti-LGBTI policies that include efforts to ban openly
transgender service members. The breakfast also took place less than a month
after the White House announced openly gay U.S. Ambassador to Germany Richard
Grenell will lead a campaign that encourages countries to decriminalize
consensual same-sex sexual relations if they haven’t done so already.

Varadkar in his remarks said Mike and Karen Pence at last year’s breakfast told him “my partner Matthew would be welcome to join us” at this year’s event. Varadkar also referenced the fact that Ireland criminalized homosexuality until 1993.

“I knew at the time that I lived in a country where if
I tried to be myself at the time, it would have ended up breaking laws, but
today that has all changed,” he said. “I stand here as leader as my
country, flawed and human, but judged by my political actions and not by my
sexual orientation, my skin tone, gender or religious beliefs.”

Varadkar is Ireland’s first prime minister who is openly gay and of Indian descent. Varadkar is one of a handful of out world leaders.

Varadkar raised
LGBTI-specific issues during Pope Francis’ visit to Ireland in August 2018.
Varadkar last month also discussed
them in his public comments at a summit with European Union and Arab League
of Nations countries that took place in Egypt. 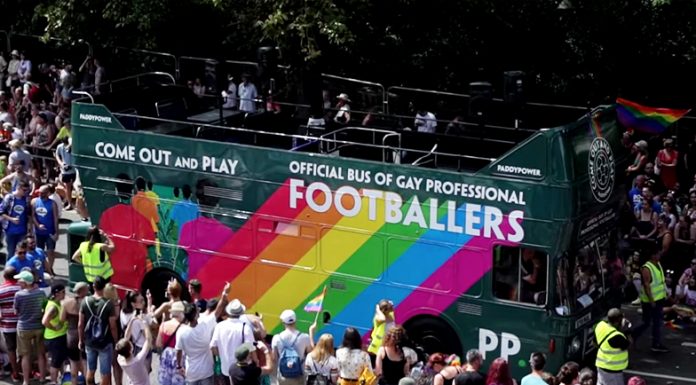