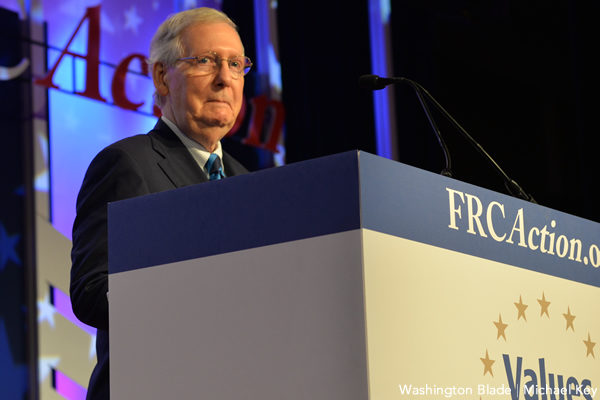 The only reminders of what we once knew as the Republican Party are a few out-of-office politicians like former Govs. William Weld, Tom Ridge, and John Kasich. Those Republicans in office like Moscow Mitch (R-Ken.), Chuck Grassley (R-Iowa), and Lindsey Graham (R-S.C.) have totally given away any sense of personal dignity or the semblance of independent thinking and become willing slaves and sycophants to the disgusting pig in the White House, Donald Trump. They have become handmaidens to their king willing to bend over and even welcome the consequences.

It is a sad time for the nation when a political party disappears. There were once impressive members of that Republican Party who fought for a better country. From Abraham Lincoln to Dwight D. Eisenhower and Gerald Ford. Those like Sen. Jacob Javits (R-N.Y.), Sen. Richard Lugar (R-Ind.), and Nelson Rockefeller, governor of New York and vice president. Women like Jeannette Pickering Rankin (R-Mont.), the first woman elected to the House and Margaret Chase Smith (R-Maine) elected to both the House and then the Senate. Those men and women could hold their heads high as Republicans. The party they helped build no longer exists.

We have just gone through a process, impeachment, in the House of Representatives envisioned by our nation’s founders as rare but potentially necessary. What they didn’t envision was what House Speaker Nancy Pelosi just said, “Our Founders, when they wrote the Constitution, they suspected that there could be a rogue president. I don’t think they suspected that we can have a rogue president and a rogue leader in the Senate at the same time.” They didn’t envision ‘Moscow Mitch’ as Majority Leader. They believed those elected to Congress would fight to defend the Constitution based on the oath they took. To ensure what is written there ,which is that Congress is an equal branch of government, and not give in to a president who wants to dismiss them as subservient.

We are at a crossroads in our nation’s history. It’s up to Congress, and if they fail, the voters to determine which road we will take. Will we stand up and hold accountable a president who defies our Constitution or will we give in to that president who says, “I can do whatever I want?” Most will find that frightening but apparently Moscow Mitch and the other Party of Trump members of Congress do not. The Party of Trump likes to say Democrats are defying the 63 million people who voted for Trump — conveniently forgetting that 66 million people voted against him for the Democratic candidate and another eight million for other candidates

We are a divided nation and Trump is playing on those divisions. Those members of what was formerly the Republican Party are helping and abetting him in doing that. They are turning a blind eye to his sexism, racism, misogyny, homophobia and willingness to cozy up to white supremacists, neo-Nazis and foreign despots. They excuse every outrageous policy emanating from his administration including caging immigrant children and saying that in his administration science no longer matters.

During the 2016 campaign it was reported Log Cabin Republicans refused to endorse Trump, “citing the Russian proverb that Ronald Reagan used to sum up his feelings on negotiating with the Soviets — ‘Trust but verify’ — the group said in a written statement that it was not yet prepared to fully support Mr. Trump’s candidacy.” They went on to say “Should Mr. Trump become our nation’s next president Log Cabin Republicans welcomes the opportunity to work with his administration. Until and unless that happens, our trust would be misplaced.” Today after he has displayed his enmity to the LGBTQ+ community attacking transgender people, including saying they should not be allowed to serve in the military and encouraging anti-LGBTQ organizations and those who would have us back in the closet they endorsed him. There is no way that can be considered rational. They abandoned what was once the Republican Party to join the Party of Trump and bent over for him.

My trust is in the American people in 2020. That in the few states Trump won by a mere 78,000 votes to win the Electoral College voters will reach a different conclusion ensuring Trump will not be in the White House as of noon on Jan. 20, 2021.

Peter Rosenstein is a longtime LGBTQ rights and Democratic Party activist. He writes regularly for the Blade. 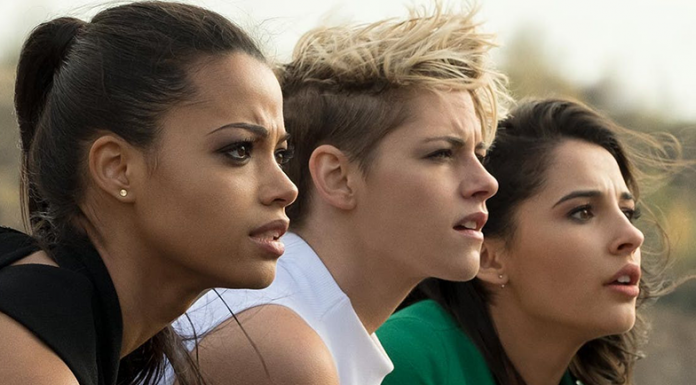