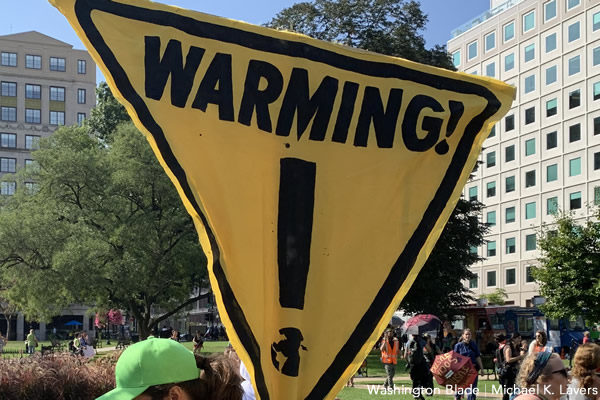 A contingent of about 150 people associated with WERK for Peace, which describes itself as a queer and trans group that uses dance as a form of protest for social justice, joined over 1,000 others in blocking streets during D.C.’s morning rush hour on Monday to draw attention to what they call the worldwide climate crisis.

D.C. police said they made 26 arrests in locations throughout the city as climate activists carried out a “Shut Down D.C.” non-violent civil disobedience protest by standing or sitting across more than a dozen streets beginning about 7 a.m.

Firas Nasr, one of the founders and leaders of WERK for Peace, told the Washington Blade participants in that group’s protest assembled at the intersection of Massachusetts Avenue and North Capitol Street, N.W. near Union Station, where they joined another contingent that blocked the intersection.

According to Nasr, WERK for Peace members then engaged in a “roving dance party” in which dozens walked along surrounding streets, temporarily blocking traffic while dancing to music blaring from loud speakers carried on a wagon pulled by someone on a bicycle.

Similar to past dance protests carried out by the group, participants tossed what Nasr said was brightly colored biodegradable confetti high into the air, drawing both laughter and frowns from motorists stopped in backed up traffic.

He said the contingent marched to a nearby branch of the Wells Fargo Bank and the nearby offices of the American Petroleum Institute, both of which protesters believe are responsible in various ways for damaging the environment and causing climate change.

“So we know that climate justice affects marginalized communities around the world,” Nasr said. “And at the front of those marginalized communities are queer and trans people who are disproportionately affected by the climate catastrophes just as people of color and disabled folks and indigenous folks, undocumented folks are also disproportionately affected,” he said.

“Many of those people are also queer and trans, and we wanted to stand in solidarity with everyone who is working on this issue and also show the world that queer and trans people are here to fight for our climate and for our mother earth,” he said.

Kaela Bamberger, a spokesperson for the Coalition to Shut Down D.C., which organized the protests, said the WERK for Peace contingent was among the protest contingents whose member were not arrested because they didn’t continuously block streets from auto traffic.

Organizers said the citywide protest was timed to follow a worldwide action by climate activists on Friday, Sept. 20, in which participants, including students, on six continents went on “strike” to show their solidarity with efforts to curtail climate change.

The timing also was aimed at having Monday’s protests take place on the same day that a United Nations Climate Action Summit was scheduled to take place in New York. 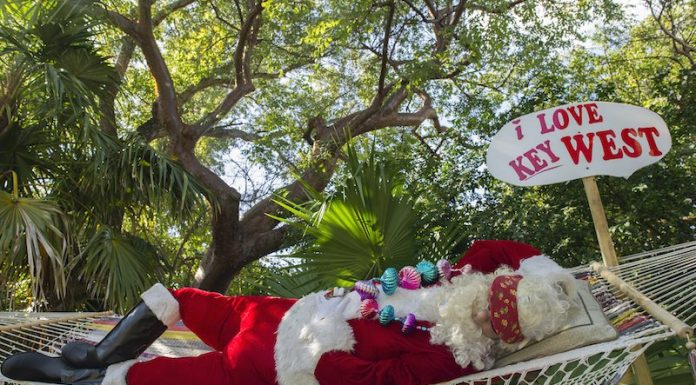 Avert the abyss. Welcome the stranger.