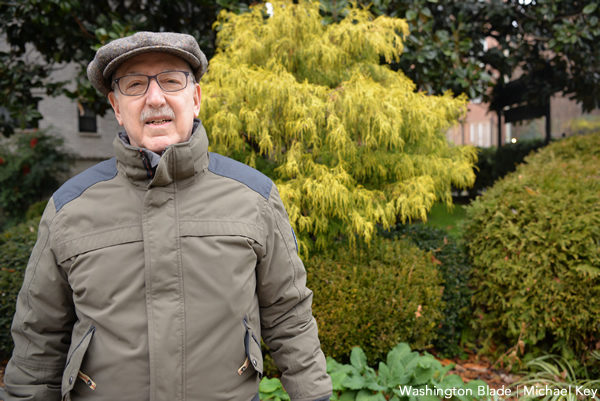 You won’t just get canned prayers and liturgy at Bet Mishpachah, Washington’s LGBT synagogue. Two years ago, its members published the second hardcover edition of their own LGBT-affirming prayer book for Shabbat. At 480 pages, it offers innovative translations and readings, including several written by members.

“It celebrates the spiritual joy of our LGBT lives along with our friends, families and allies,” says David Schwarz, Bet Mish board chair.

A festive Friday night Hanukkah Shabbat will be held Dec. 27 with “lots of menorahs and candles and lots of goodies in the social hour after services,” Schwarz says. On Dec. 25 (also during Hanukkah, which runs Dec. 22-30) Bet Mish members will have Chinese food in Bethesda and watch a movie (“Little Women”). Full details at betmish.org.

The Chicago native attended Bet Mish some in 1979, was gone for 30 years but returned when his husband, Stephen, died in 2015. He’s been board chair president for three years.

Schwarz is retired from his career with the U.S. Environmental Protection Agency. He came to Washington about 40 years ago so he and his late spouse could “both have careers in a gay-friendly city.”

He enjoys music, theater, travel, good and philosophy in his free time.

How long have you been out and who was the hardest person to tell?

About 45 years. The hardest person to tell was my mother, although I think she already knew, since she asked the question.

Frank Kameny, who stood up for gay rights when there was no one else.

What LGBTQ stereotype most annoys you?

It’s the stereotypes per se, not any one in particular.

The suspicion that the last three years have not been just a bad dream.

What’s something trashy or vapid you love?

I was really hooked on “Queer as Folk” (the American/Canadian version).

What would the end of the LGBTQ movement look like to you?

The happy end is that no one is ever again denied their rights or the good things of life because of gender or sexual orientation. The unhappy end is not something I want to think about.

What’s the most overrated social custom?

What was your religion, if any, as a child and what is it today?

There are so many, but one is certainly the Phillips Collection.

What’s been the most memorable pop culture moment of your lifetime?

The opening episode of “Will and Grace.”

What celebrity death hit you hardest?

If you could redo one moment from your past, what would it be?

The moment I said “I do” to a heterosexual marriage — it was so unfair and unhappy for both of us.

What are your obsessions?

French pastry, core strength, baroque opera and where the hell was everything before space and time.

that D.C. had two senators and a representative in Congress!

That it really was OK to be gay.

Why not? It’s hard to find a more gay-friendly and livable city that punches so far above its weight in interesting people and stuff going on. 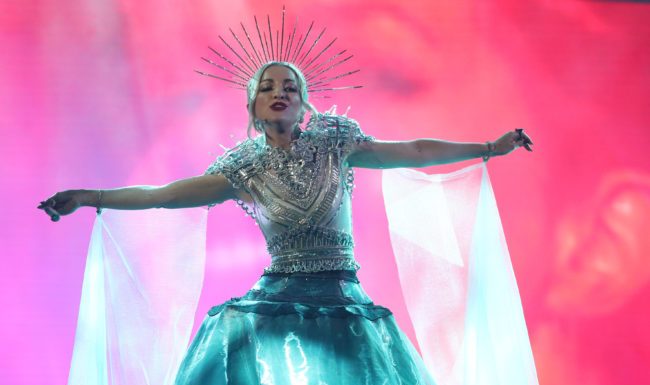 After someone asked this gay man to ‘tone it down’, his dad stepped in...