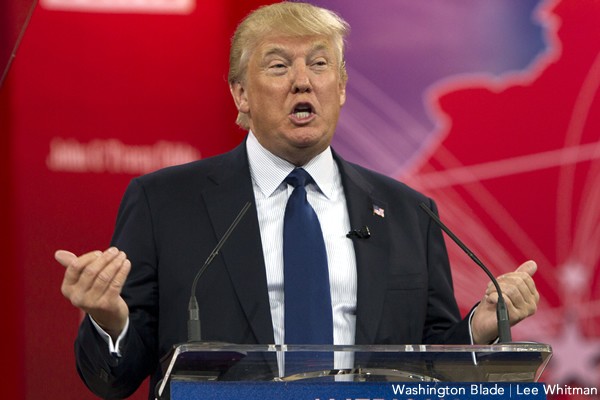 NATIONAL HARBOR, Md. — The Conservative Political Action Conference isn’t known for being a confab for supporters of LGBT rights, but this year brought surprise support for the Trump administration’s recently announced global initiative to decriminalize homosexuality.

Attendees at last weekend’s 2019 Conservative Political Action Conference who spoke with the Washington Blade — many of whom were wearing business suits and “Make America Great Again” hats as they moved from event to event — were uniformly in favor of the plan.

One such attendee, who wore a MAGA hat as well as a button on his lapel with the phrase “Socialism sucks” in a style mocking Bernie Sanders’ campaign logo, was Charlie Honkonen, president of the University of Maine College Republicans.

Honkonen told the Blade he “absolutely support[s]” the initiative, which was announced last month by U.S. ambassador to Germany Richard Grenell, the highest-ranking openly gay person in the Trump administration.

“I love gay rights,” Honkonen said. “I think gay people are great. I have no problem with them.”

Asked by the Blade how he could support the initiative while backing Trump and deriding Sanders, Honkonen said he sees no conflict with those positions.

“I think socialism has nothing to do with gay rights,” Honkonen said. “I think Donald Trump has always been a proponent of gay rights…You see the picture of him back in the campaign with the LGBTQ flag?…I don’t think he’s ever said anything that he’s led for me to believe that he’s against gay rights and I think this initiative proposed by his office shows exactly that.”

In an exclusive report last month to NBC News, Grenell announced the Trump initiative, which seeks to decriminalize homosexuality in the 71 nations where it is illegal.

The initiative seems focused on Iran, a longtime adversary of the United States where homosexual acts are punishable by death. The Jerusalem Post, a conservative publication in Israel, reported recently Iran executed a gay man in a public hanging.

Mike Cernovich, a conservative activist and filmmaker closely associated with the “Pizzagate” conspiracy theory against Hillary Clinton, told the Blade he supports the Trump initiative “in the abstract,” but has questions about it.

“How do you make Iran or nations decriminalize homosexuality?” Cernovich said. “What do you do? So yeah, but is it a good idea? How are you going to tell Qatar quit killing gay people, right? I agree that it should be done, but what the plan looks like, we’ll see.”

Asked whether he’s generally in support of gay rights, Cernovich said opposing them has “never been a thing” for him as a libertarian.

“If you just start from the fundamental proposition that people ought to be able to live their lives largely unmolested by the government, then you would realize most things just aren’t your concern,” Cernovich said. “So, whatever consensual activities you’re engaged in, I’ve never in my whole life cared about that. To me, if I say, gay rights, that means the same thing as can I watch the TV I want to watch? It’s a question that never really made much sense to me. Of course, you ought to be able to.”

Asked whether he thinks being in support of the initiative is inconsistent with being a conservative, Milk said younger conservatives are changing the movement.

Milk admitted “not all” conservatives are ready to accept gay rights, but insisted a sect of younger Republicans are coming into the movement with a different mindset as a result of the “changing of the times.”

“I don’t think that any human being should have to live in fear or live in shame of who they are,” Dorsey said. “I’m not a homosexual myself. I can’t say that I have many homosexual friends or family members, but, frankly, I think it’s a very archaic belief that people should be…persecuted for who they are and that’s about the most un-American thing I can think of.”

Dorsey said “there’s a breed of conservatism that would agree” the movement is anti-gay, but that represents a misunderstanding of conservative principles.

“True conservatism I think, is ideologically opposed to those kinds of misconceptions about people,” Dorsey said. “I think that investing in a person and not the group is more conservative. I think that looking at someone based on the content of their character and not by the color of their skin and what they belong to, what their sexual preferences are, things like that. That’s about the most conservative thing I can think of, and that’s about the most American thing.”

The most prominent attendee at CPAC after President Trump — Vice President Mike Pence — has previously indicated through a spokesperson he supports Trump’s global initiative, even though Pence is notorious for his anti-LGBT record. (During his speech at CPAC, Pence again defended his wife and second lady Karen Pence for teaching at a Christian school that refuses to employ LGBT teachers or admit LGBT students on religious grounds.)

Things got trickier when the Blade asked attendees about the Trump administration initiatives criticized for being anti-LGBT, including the transgender military ban and “religious freedom” initiatives seen to enable to discrimination against LGBT people.

Honkonen said he doesn’t think either the transgender military ban or the religious freedom issue are gay rights issues.

On the transgender military ban, Honkonen said the issue is “about having the fullest level of service you can.”

“To be able to serve in that capacity to a high level that you need to in the military, a lot of times folks who are transgender don’t have that ability to serve,” Honkonen said. “They can be hormonal, they can have struggles to achieve the same levels, so I don’t think that’s an issue about gay rights at all.”

The House Armed Services Personnel Subcommittee recently held a hearing on Capitol Hill where five transgender service members testified about their commitment to service and having no impediments to their ability to perform their duties. The American Medical Association and the American Psychological Association have both concluded there are no medical or mental health reasons to ban transgender people from the military.

“I think that there’s so many places in the United States where a gay person can go to get their wedding cake made,” Honkonen said. “I don’t think they should worry about mom and pops who run a nice Christian bakery and maybe don’t agree with them. I think there are many places for them to go and they shouldn’t focus on the negativity, they should focus on the people who want to support them, and there’s going to be people who disagree with them. I think that’s OK, that’s what made America so great is that everyone can have their own opinion.”

Cernovich, when asked about the Trump administration’s anti-LGBT policies, reiterated his general support for LGBT rights, including transgender rights.

In contrast to the Trump administration, Cernovich said he supports allowing transgender people in the military.

“If you can meet physical requirements and everything, then sure, yeah, of course,” Cernovich said.

Milk had a complicated response when asked about the other Trump administration anti-LGBT policies, including the transgender military ban.

“A lot of it has to do with when you don’t want the military funds going towards transgender problems and different things like that,” Milk said. “So, I think it’s a little bit deeper than I can give you a simple answer towards, but at the same time, I don’t think that’s overly persecuting against someone who’s transgender, but at the same time, I’m not someone that believes there’s five different genders or something like that.”

Quinton Zimmer, a 16-year-old high school student from Columbus, Ohio, also said he supports the Trump administration plan to decriminalize homosexuality, which he said builds on previous advancements of LGBT rights in the United States.

“I think we had a really big win for gay rights and homosexual rights in 2015 with Obergefell v. Hodges, and that victory in America has really shown that we’re committed and Trump is definitely through his policies very supportive of the LGBT community,” Zimmer said.

Asked about other anti-LGBT policies in the Trump administration, Zimmer said he was unaware of them. He had no comment on the transgender military ban.

“I’m not really well versed in particular efforts on his behalf, but I have kind of read up on his effort to decriminalize homosexuality in other countries, and I definitely support at least that part of his administration,” he said.

Zimmer also disputed being conservative is at odds with supporting LGBT rights.

“I think that the true meaning of being a conservative is valuing people based on their character rather than being in the group that may define them, so if we’re really looking at individual rights and the power of the individual, it really doesn’t matter, your sexual orientation,” Zimmer said. 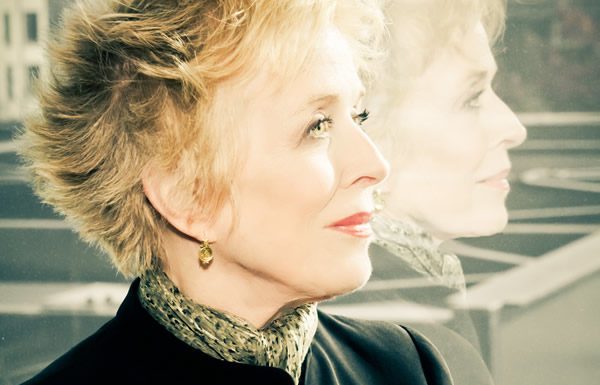