Throughout July, D.C.’s annual Capital Fringe Festival does its best to connect exploratory artists with adventurous audiences. Among this year’s many shows, some feature the personal stories and points of view of out performers, writers and directors. Here are a few.

Celebrated gay memoirist Jamie Brickhouse returns to Fringe with “I Favor My Daddy,” a hilarious deep dive into the life of his late father, AKA Daddy Poo. The new solo show (performed, written and directed by Brickhouse) makes a nice companion piece to his “Dangerous When Wet: A Memoir of Booze, Sex, and My Mother,” a hit entry in last year’s festival.

After his father’s death in smallish Beaufort, Texas, several years ago, Brickhouse spent time in his hometown. There, he frequently heard, “Sorry about your father. You know you favor your daddy.” Well, it turns out, he didn’t just look like him.

“After mother died, I had five years with father and realized I was very much like him,” Brickhouse says. “I’m the full-blown version of him. I became the things he was but didn’t quite become himself — writer, alcoholic and gay.”

In the show, Brickhouse talks about his father’s reaction to the book. He knew his son was gay and in recovery (Brickhouse has been sober for 10 years) but there was a lot he didn’t know.

“My father lived in Beaumont his entire life,” Brickhouse says. “Catholic. Conservative Republican. He went to Mass every day. But still, Daddy Poo was a lot of fun: Ribald sense of humor, loved the theater, bikini swimsuits, old movies, cooking … you do the math. A lot of the show is me trying to piece together who he was. We want to discover who our parents were and how that affected us, regardless of whether they were closeted gay alcoholics, or not.”

Blackout Productions presents “Veneer of Beauty,” a story of domestic violence and its lasting damage. It’s Shaun Michael Johnson’s second foray into Fringe. Last year, the local out actor/playwright starred in “Sobriety of Fear,” the solo show he wrote about wide-ranging topics including domestic violence, substance abuse and same-sex relationships. He played many family members — the abusive alcoholic husband, the abused wife, their young son and even grandpa — to emphasize the cyclical nature of abuse.

Directed by Mediombo Singo Fofana, “Veneer of Beauty” picks up with the same family 15 years later. This time around, Johnson plays only the father. Now sober and unexpectedly made vulnerable by a work accident, he’s very different. But when a familiar note of aggression in his tone triggers his wife, the dynamic of the home is further shaken. How she’ll handle her role as caregiver remains to be seen. Meanwhile, the young boy is now a young gay adult. His partner is also the son of an alcoholic.

“The play is partly autobiographical, but it’s mostly fiction,” Johnson says. “It’s set in small-town 1990s Pennsylvania where you’ll see struggles, some romance and a splash of not-gratuitous nudity. The gay characters are real and living real lives; they’re striving to understand themselves and their relationships. I’ve tried to create something that’s relatable, especially to LGBTQ audiences.”

Tara Lake’s award-winning “I Know It Was the Blood: The Totally True Adventures of a Newfangled Black Woman” is unflinchingly autobiographical.

“The title in no way references zombies,” she says. “It’s the name of a Congregational song very popular in African-American Pentecostal and Baptist circles. I like to say I was raised shackled to a Pentecostal pew. I definitely spent a lot of time in church.”

Now Philadelphia-based, Lake grew up in New Jersey. Her world was middle-class, African-American but her family’s ways were deeply rooted in religious, black southern tradition. In her solo show, she recounts those times, singing gospel and spirituals in the voices of different characters who emerge during the show.

“People have visceral connections to this protestant folk heritage that I’m evoking,” she says. “I’m critiquing a lot about the church, especially anti-queer bigotry, but the feeling of church remains in the fabric of the show.”

She also explores issues of addiction, health issues and financial turmoil that hit her community during the Reagan years.

“As a queer black woman, it’s important to share my coming-out story and talk about what it’s like to grow up queer in a family like mine. It’s a mix of love and homophobia. That’s where I connect with my audiences. Feelings surrounding not being supported as our authentic selves is universal. What’s wonderful about this story is the little girl grows up and survives.  In fact, she triumphs.”

Ethan Friedson, LGBTQ ally and emerging director, is staging out playwright and U.S. Army lieutenant Sara Emsley’s apocalyptic new work “Dust.” The 45-minute-long, apocalyptic two-hander focuses on Ann and Cass, a pair of lesbian astronauts who are forced to make major decisions regarding a massive solar flare headed directly toward earth. Aside from the obvious concerns, Friedson says, the work presents a number of thought-provoking philosophical and existential questions that will leave people thinking and talking after they exit the theater.

“When I first heard about the concept, I thought this is something that I’d really like to see,” he says. “Also, the prospect of working on a play that’s never been performed really attracted me.  And because the primary characters are lesbians, you might think it’s about certain things. It’s not. There’s a lot that’s unexpected about ‘Dust,’ and that makes a good story even more interesting.” 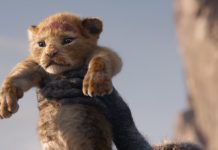 Choosing a new toilet is your own ‘Game of Thrones’

From Gorgeous Countrysides to Cosmopolitan Cities: Why Wales Has It All...