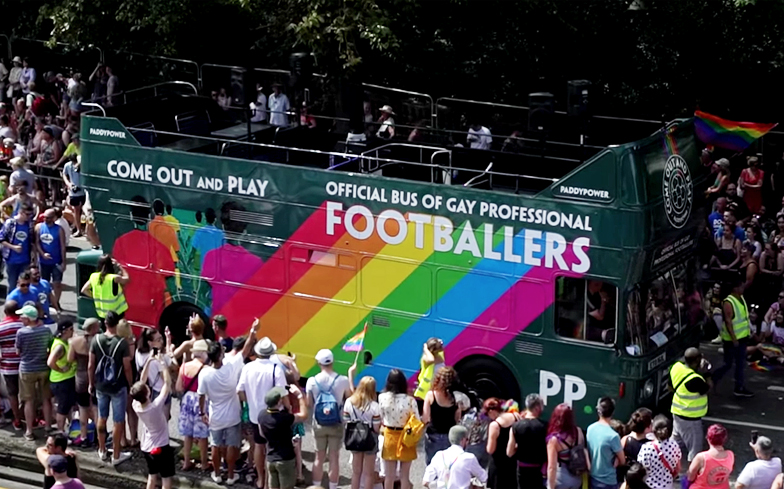 Paddy Power have explained the full story behind that ‘empty bus’ stunt.

During the Brighton Pride parade on Saturday, which reportedly drew over 300,000 revellers to the famously LGBTQ-friendly seaside town, one bus stood out for being the polar opposite of the packed, colourful floats along the parade route.

The bus in question was Paddy Power’s ‘Official Bus of Gay Professional Footballers’ and, as you’ll know if you’ve followed recent debates over LGBTQ representation in sport, there was not a single person on board, simply because there are no current openly gay professional footballers in England.

“As an official partner of the Brighton & Hove Pride festival, Paddy Power wanted to show the world just how much progress the LGBT community has made in the world of professional football,” they said.

“So we created the first bus just for gay professional footballers. Fabulous and fierce, with all the rainbow trimmings, and absolutely no one on it.”

In a new video released today, Paddy Power have highlighted footage of the bus from the Brighton & Hove Pride parade, which caused debate among Pride-goers, and explained why they made the decision to encourage gay professional footballers to come out.

“While the LGBT community has scored some tremendous goals, when it comes to professional football, there’s still no gay in game,” they explained.

“Paddy Power took over the streets of Brighton to encourage our national heroes to become role models on the pitch and off it as well.

“Gay professional footballers, we’re ready when you are. Your fans have already come out to support you, now it’s your time to come out and play.”

Watch the video below.

Buttigieg’s in! Here are 5 obstacles he’ll need to clear to...

Vehicles to ride out a pandemic