The U.N. Human Rights Council on Friday extended the mandate of the United Nations LGBT rights watchdog for another three years.

The
resolution to extend the mandate passed by a 27-12 vote margin.

The U.N.
Human Rights Council in 2016 approved a resolution that created the LGBTI
rights watchdog position. Victor
Madrigal-Borloz, who is from Costa Rica, has been in the post since late
2017.

Madrigal-Borloz in a Facebook post thanked the countries and the more than 1,300 civil society organizations that expressed their support his position ahead of Friday’s vote.

“I am
as humbled and determined as the first day to continue at your side in this,
the journey of a lifetime,” he said.

Advocacy
groups in the U.S. and around the world also applauded the vote.

“As LGBTQ people around the
world face unprecedented challenges and the rolling back of previously secured
protections — including by the Trump-Pence administration in the United States
— it is heartening that the United Nations has taken this bold step once again
to protect our communities from violence and discrimination,” said Human Rights
Campaign Director of Global Partnerships Jean Freedberg in a statement.

Paula Sebastiao of Arquivo de Identidade Angolano, an Angolan
LGBTI advocacy group, and Simran Shaikh of the Transrespect versus Transphobia Worldwide
project in a press release that OutRight Action International released
described the vote as “another historic victory, not only for communities
of diverse sexual orientations and gender identities, but for humanity as a
whole.

“Following the call from a record number of organizations from every region imaginable, the U.N. Human Rights Council has reaffirmed its commitment to combat discrimination and violence on grounds of SOGI and has reminded all states of their obligations towards these communities,” added Sebastiao and Shaikh.

Friday’s vote took place against the backdrop of discrimination and violence based on sexual orientation and gender identity that remains commonplace in many countries around the world.

Saudi Arabia and Dominica are among the dozens of nations in which consensual same-sex sexual relations remain criminalized. Cuban police on May 11 detained several people who took part in an unauthorized LGBTI rights march in Havana.

“In far too many places around the world, violence and murder of people because of their real or perceived sexual orientation or gender identity remains a daily reality,” said OutRight Action International Executive Director Jessica Stern after Friday’s vote. “Even in countries which have enjoyed significant progress in recognition of the human rights of LGBTIQ people, a backlash has been growing.”

“We commend the Human Rights Council’s affirmation of the acute continuing need for the Independent Expert on the Protection Against Violence and Discrimination Based on Sexual Orientation and Gender Identity, as we face quite the battle ahead before we can live free to be who we are, love whom we choose, free from fear of violence, hate and persecution,” added Stern. 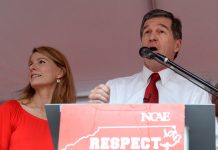 8 Reasons to Spend Your Next Getaway in Mad, Gay, Manchester...

Gyllenhall to produce and star in film version of ‘Fun Home’

A guide to assisting aging parents sell their home 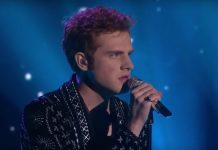 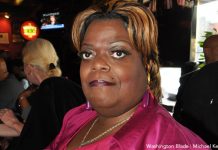