Disneyland Paris is about to get even more magical.

The theme park – which remains Europe’s number one tourist destination – will be getting several new attractions and even a Marvel-themed hotel as part of a two billion investment to make the experience even more incredible for guests.

At the very first Disneyland Paris Media Expo in the centre of Paris on Tuesday (10 September), a brand new visual for the upcoming Frozen-themed area was released, bringing the magic of Arendelle to the Walt Disney Studios Park.

The all-new zone is set to feature a magnificent lake, which will become the heart of Disney Studios; stunning snow-capped mountains in the distance; and an attraction that will take fans to the centre of the Kingdom.

Guests will also be able to experience character encounters, a new restaurant and a shop, all of which are based around the Frozen franchise. There’s no opening date yet, but Disney teased it will arrive “in the coming years”.

If you simply can’t wait for that to arrive, there’s plenty for fans to enjoy in the meantime.

Frozen: A Musical Invitation will arrive at Animation Celebration in Walt Disney Studios Park on 17 November this year. It promises to transport guests to the Kingdom of Arendelle where they’ll get to interact and play with their favourite characters.

In the first room, guests will show off their best vocals and dance moves with Anna, Kristoff and Sven, while a second room will invite Frozen fans to sing the beloved song Let It Go with the ice queen herself, Elsa.

A brand new season, Frozen Celebration, will run from 11 January to 3 May 2020. It will feature a new show four times a day on the parade route, a stunning new float, and a range of exclusive treats, drinks and souvenirs.

The promotional image below also gives us a first-look at Elsa and Anna in their new costumes, inspired by Frozen 2.

Marvel fans will be excited to hear that Avengers Campus, a celebration of the recently-acquired Marvel and its many iconic superhero franchises including Spider-Man and Iron Man, is set to open in Walt Disney Studios Park in 2021.

It will be the first arrival of the multi-year expansion for the park, and will feature exciting new attractions for thrill-seekers, encounters with all your favourite superheroes, as well as new restaurants.

A standout of the new Marvel zone will be the first-ever Disney attraction dedicated to Spider-Man, allowing guests to step into the shoes of the web-slinging superhero as they help him collect Spider-Bots that have run amok.

Guests looking to carry on the superhero experience after a day in the parks will be able to stay at Disney’s Hotel New York: The Art Of Marvel, the first hotel dedicated to Marvel art, which is expected to open in summer 2020.

The hotel is inspired by New York City, home to many iconic superheroes, and will celebrate 80 years of Marvel stories with one of the largest collections of artwork dedicated to the franchise in the world, a collaboration with over 50 artists.

Guests will be able to meet their favourite heroes in the hotel, have photos with unique setups like welding Thor’s hammer, and visit the Metro-themed pool and health club. Kids will unleash their artistic side in the Marvel Design Studio.

Completing the experience are a range of bars and restaurants, including Manhattan Restaurant with a chandelier inspired by Thor’s Asgardian Palace, and an elegant Skyline Bar offering views of the New York skyline with some heroic surprises.

Reservations for the hotel open on 5 November this year.

Marvel Super Heroes Season will be making a return from 24 March to 7 June 2020, meaning fans will get the chance to once again meet their favourite heroes and witness epic shows featuring Spider-Man, Captain Marvel and more.

A Star Wars-themed area will also be coming to Disneyland Paris in the future, although no further information has been shared at this point.

Fans can get their fix in the meantime when Legends of the Force: A Celebration of Star Wars returns from 11 January to 15 March 2020, inviting fans to a galaxy far, far away when they experience light shows and marches of the Stormtroopers.

It’s also been announced that The Lion King and Jungle Festival will return in summer 2020, and Magical Pride will once again bring a rainbow celebration of the LGBTQ community to Disneyland on 6 June 2020.

You can see the full Disneyland Paris timeline for 2019 and 2020 below. 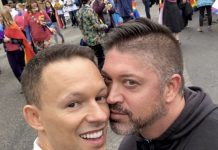 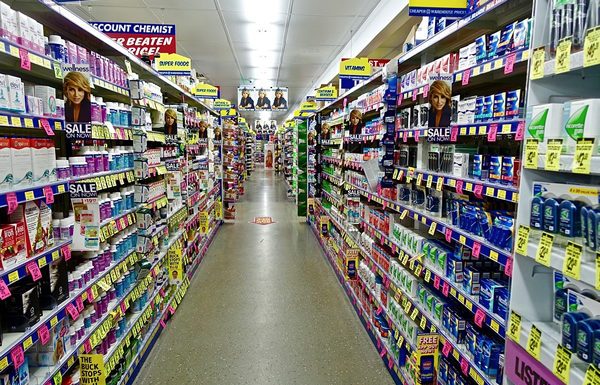 Andy Brennan is the first male Australian pro soccer player to come out as...