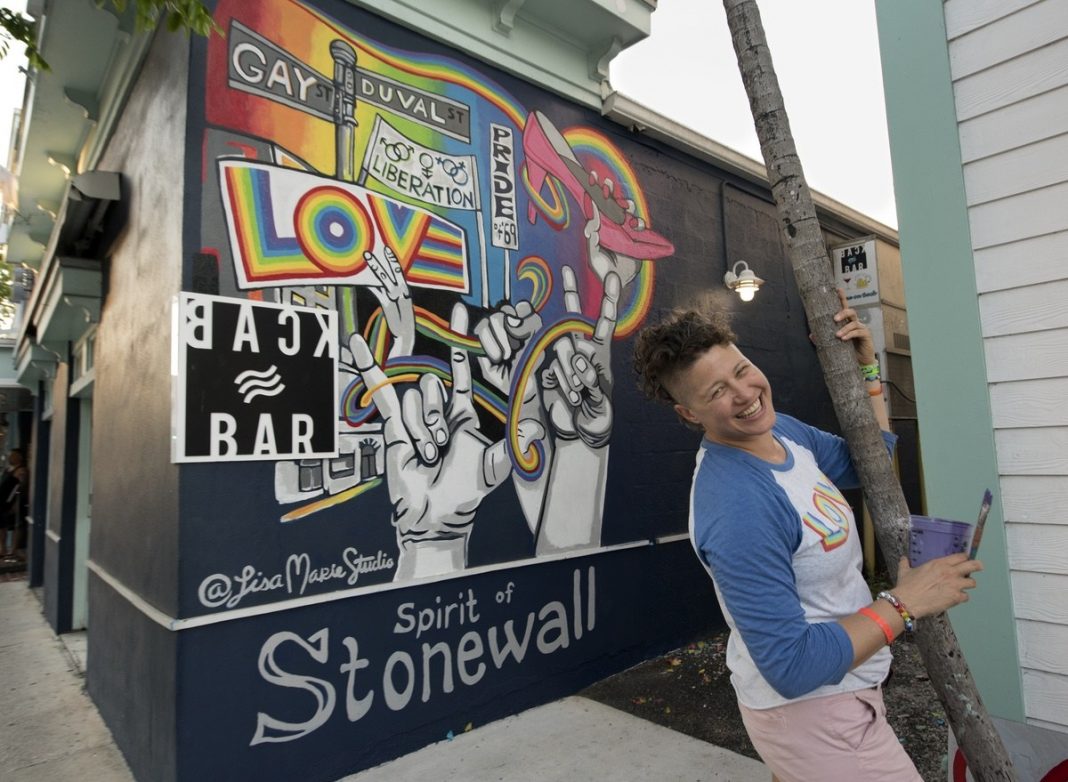 Get a Taste of Great Gay Getaway Spot Key West at WorldPride in NYC!

Revelers at this year’s WorldPride are in for more than a massive celebration of the LGBTQ+ community in the city credited with the start of the contemporary LGBTQ+ rights movement. In addition to the largest Pride celebration ever in New York City, you’ll also find a taste of the subtropics as popular LGBTQ+ destination Key West comes to WorldPride.

Long a unique haven for queer travelers, Key West has a rich LGBTQ+ history. In 2003, the creator of the original rainbow flag, Gilbert Baker, crafted a 1.25-mile-long flag to stretch across Key West from the Atlantic Ocean to the Gulf of Mexico. Now, the Florida Keys & Key West tourism council and the Key West Business Guild are bringing a 100-foot section of the flag to this year’s WorldPride celebration.

Current and former Key West residents and their families are to carry the portion of the historic flag in the WorldPride March Sunday, June 30.

Baker created the full “sea-to-sea” Pride flag to commemorate the 25th anniversary of the original rainbow flag’s creation. Made from 17,600 linear yards of fabric, it was unfurled along Key West’s iconic Duval Street on June 15, 2003.

CHECK THIS OUT: Visit Key West at PrideFest Booth C-25 on 4th Avenue between 12th and 13th Streets.

The flag won’t be the only way to experience a small piece of Key West at this year’s WorldPride. The PrideFest street festival will feature a booth from the Florida Keys & Key West. You can find the street festival along Fourth Avenue between Union Square and Astor Place from 11 a.m. until 6 p.m. Sunday. Stop by the Florida Keys & Key West Booth C-25, located on Fourth Avenue between 12th and 13th streets, for giveaways and information on visiting the destination known for its “One Human Family” atmosphere.

Key West has a long history of being a welcoming destination for LGBTQ travelers and residents. The current mayor, Teri Johnston, is Florida’s first openly gay woman to be elected mayor of a major city. (You can read our interview with Mayor Johnston here.)

Famous queer luminaries like Tennessee Williams have been drawn to Key West for its welcoming spirit and “close to perfect, far from normal” ethos. The independent spirit attracts nearly 300,000 LGBTQ visitors each year, many of whom visit the variety of LGBTQ guesthouses on the island. Whether you’re seeking world-class cuisine, wild nightlife or soaking up the natural splendor, Key West has plenty of reasons to keep travelers coming back.

Learn more about Key West at PrideFest Booth C-25 on 4th Avenue between 12th and 13th Streets and keep the celebration going on your next trip. 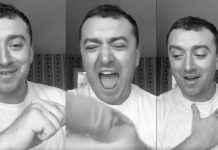 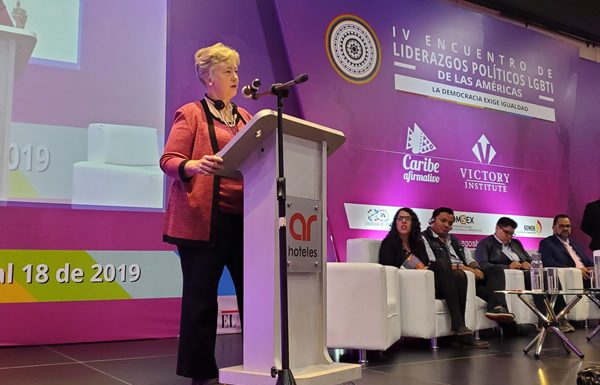