Home Travel Here’s Everything Gay Travelers Should Drink, Dine and Do Right Now in...

Here’s Everything Gay Travelers Should Drink, Dine and Do Right Now in Urban Scotland

When you think of Scotland, you may think of a rustic, romantic countryside with rolling hills and majestic Lochs. But in addition to the country’s picturesque pastoral views, there’s tons to discover in Scotland’s urban centers.

LGBTQ travelers in particular should put Scotland at the top of their travel to-dos. Scotland has been considered one of the best countries in all of Europe for LGBTQ equality, legalizing same-sex marriage in 2014 and banning discrimination based on sexual orientation and gender identity since 2010.

Check out some highlights of Scotland’s urban metropolises below, and visit VisitScotland to plan your trip today.

Home to the world’s largest arts festival, Edinburgh Festival Fringe, Scotland’s capital is the perfect place to see the most exciting artists of today and tomorrow alongside a city so rich with history its Old Town and New Town have been designated World Heritage sites by UNESCO.

Much of Edinburgh’s LGBTQ culture is concentrated in what is known as the “Pink Triangle” — an area that runs off the main thoroughfare, Leith Walk.

DRINK: No visit to Edinburgh would be complete without a drink at CC Blooms, one of Edinburgh’s oldest and most popular gay bars. (Yes, it is named after Bette Midler’s character in Beaches.) It’s got great cocktails and cuisine by day, but at night the dance floor becomes one of Edinburgh’s hottest spots. You can also get down Fridays and Saturdays at The Street‘s downstairs nightclub, but there are laid-back drinks and food upstairs daily (and a pretty patio to enjoy nicer weather). Even more chill is The Regent Bar, a traditional-style pub with no loud music or dance floor.

DINE: What’s vacation without brunch? Belly up to one Scotland’s best benedicts at The Pantry, where seasonal flavors reign. For a bit more of Edinburgh’s signature eclectic taste, stop by Canny Man’s where the decor alone is worth the Instagram post. The ceilings and walls are chockablock with tchotchkes and bric-à-brac to observe while you enjoy fresh seafood and sandwiches. Some of Scotland’s best seafood can be found at The Ship on the Shore, a seafood and champagne bar famous for its breakfasts, served with bubbly, of course.

DO: Lovers of modern art must make time to swing by the National Galleries of Scotland where you can catch a special collection of Robert Mapplethorpe’s photos on display at the Scottish National Portrait Gallery, coinciding with the 30-year anniversary of his death. It’s worth rubbing elbows with fellow tourists at Edinburgh Castle. Enjoy spectacular views of Old Town and New Town, a welcoming tea room and a hearty helping of history via knowledgeable tour guides or easy to follow self-guided audio tours.

Of course, if you want to experience a truly unique Edinburgh phenomenon, schedule your visit for August when Edinburgh Festival Fringe is in full swing. The arts festival boasts tens of thousands of performances of thousands of shows across hundreds of venues. Artists of all mediums and experience levels flood the city for a one-of-a-kind celebration of culture.

While Edinburgh is the Scottish capital, Glasgow is Scotland’s largest city — and it has its largest LGBTQ community. The nightlife is revered the world over, and the city has turned post-industrial grit into a hip haven for travelers, students and artists alike.

DRINK: For nearly 30 years, Delmonica’s (or Del’s to the locals) has been a go-to favorite gay bar in Glasgow’s own gay triangle neighborhood. You’ll find fun at Del’s seven nights a week, including drag, karaoke, pub quizzes and more. The Waterloo is Glasgow’s longest-running gay bar. (Their website proudly proclaims “50 Years and still going strong!”) It’s a great place to chat up the locals and regulars who call it home. If you’re more interested in beats than beers, dance it up at The Polo Lounge, one of Scotland’s largest LGBT clubs spinning “pop, sleaze, cheese and disco” seven nights a week.

DINE: Chic cocktails are served alongside well-constructed bar bites and burgers at Speakeasy, centrally located in the gay neighborhood. This hipster enclave serves great food during the day, but turns fully up to party on weekends. Foodies must not miss a trip to Platform at Argyle St. Arches where Scotland’s best street food traders line up from noon to midnight Fridays and Saturdays, and from noon to 6 p.m. on Sundays. Gather your friends for small plates at the tapas-style, creative contemporary spot, Ox and Finch. There are plenty of vegetarian and vegan options, as well as a robust cocktail menu sure to satisfy the mixology snob in your life.

DO: Spot works by Renoir, Van Gogh and Gauguin at the Kelvingrove Art Gallery and Museum, one of Glasgow’s most popular free attractions. Catch a daily recital from the massive, gorgeous organ, built in 1901. Feast your eyes on art, architecture and design at The Lighthouse, or take a small piece of one-of-a-kind art home from The Barras, a street market on the East End.

MARK YOUR CALENDAR: There hasn’t been a date announced for Glasgow’s enormous Pride Festival, but last year’s event was held in July and featured performances from Courtney Act, Tom Urie and the Spice Girls’ Mel C.

The vibrant culture and community isn’t limited to Scotland’s two largest cities. In Aberdeen, they celebrate “Grampian Pride,” with a parade down Union Street and Pride Village at Queen’s Links. There’s also lots of activity at Cheerz, a friendly gay bar with deep roots in the local queer community.

Dundee held its own first Pride celebration just last year, and they’re gearing up to do it again in 2019. Klozet, a no-frills gay bar in Dundee, was named the city’s Best Independent Bar, while Dundee dances at the nightclub Pout. It’s worth popping over to Dundee to also check out the new Victoria & Albert Museum — the first outpost of the V&A in London.

When you’re done playing princess in the castles of Stirling, sit down for a pint at Katie’s Bar & Bistro. A sister site to the popular Glasgow spot, the dirt-cheap pub is the best deal around for a quick drink or bite close to the train. 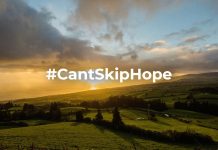 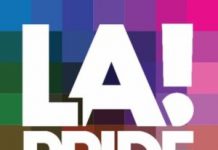 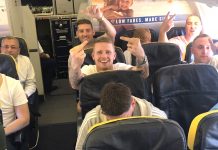 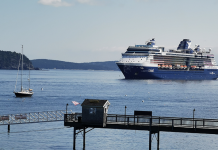 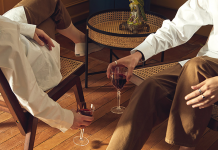 Buttigieg: Anti-gay countries ‘will have to get used to’ gay U.S. president