It’s a farmhouse, but not as you know it…

There are farms, then there’s Durslade Farm.

‘When I used to work for Sting and Trudie,’ goes Paul, not showing off, just telling nice stories, ‘Madonna was always popping round. She was lovely. My daughters used to play with David.’

Paul is the head farmer on Durslade Farm, probably the most glamorous working farm in the world. He looks like Jason Statham would look if he had to get up early, with dirt under the nails and rips on his jeans from gettin’ stuck in and an accent straight off The Vicar of Dibley.

He’s driving us round in a 4×4 – one with a dusting of real-life mud which you don’t see on those 4x4s cruising down the Kings Road – pointing at fields of gold and barley and ancient towers on hills where King Arthur or one of his chums used to play around with bows and arrows. We pass cows grazing on special mulch – ‘pretty, aren’t they!’ – and we swing by the vineyard, which is just shy of producing its first vintage – red, white, something fizzy and delicious. Then we pass one of those old-old manors we’d retire to if we had the money. ‘That’s the bosses’ house. Gorgeous, huh!’ 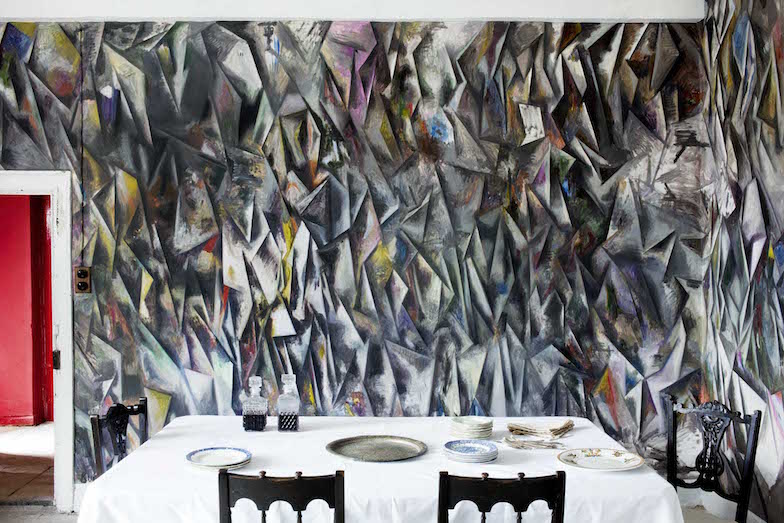 The bosses are Hauser & Wirth (or Manuela and Iwan. They don’t do formal round here). They’re very important art dealers from Switzerland who have very fancy galleries in London, LA, New York, Zurich, and they’re responsible for this farm we see all around us and, here at its heart, a cluster of culture, food and fun; modern art gallery, the farm-to-table Roth Bar & Grill, Durslade Farmhouse where you and I can stay, a shop selling just gorgeous things and, total clincher, its very own proper country pub, The Bull, half a mile that way with a fire that roars and everything.

And oh, that farmhouse! It’s hard to get old places in the country right, right? They’re either Miss Havisham’s gone down British Home Stores or designer-imposter Kit Kemp. Sod all that. Interior designers Laplace & Co. have instead stripped this beauty of a 1760s, Grade II listed gaff right back – literally – revealing layers of décor through the ages, like a historic mille-feuille, then strewn with furniture that only clever people can get hold of. Then they’ve handed it over to the sorts of artists only clever people can get hold of, letting them do-as-they-will with the living spaces, and the results vary from Guillermo Kuitca’s eye-bending murals in the dining room to Pipilotti Rist’s full-on bonkers light projection in the sitting room.

The kitchen, however, is Country Living cosy with an AGA the size of the Channel and a fresh chunky loaf coming with a flotilla of cute mini-Marmites and even cuter pots of local jam, and the six bedrooms – or it is seven? – are a kooky mix of The Good Life and rustic; actual Seventies baths in sunbeam yellows and flamingo pinks, then your bed’s all Downton, but it works. And the best bit? Out of season it’s only £300 a night, and you can easily fit ten of you in here, so you do the math.

Durslade Farmhouse is where people who go to Glastonbury but so don’t want to stay at Glastonbury stay. You can get married in Smiljan Radić’s mad-as pavilion out the back of the gallery, which they bought after its turn over at the Serpentine in 2014, then skip through gardens designed by Piet Oudolf, who did New York’s High Line.

Manuela and Iwan put on an ‘amazing’ summer party every year with lashings of free plonk and barbecued food that everyone’s invited to. They put on talks by and dinners with people you actually want to listen to and eat with. And, total clincher? The locals like it, and come, and keep coming back. 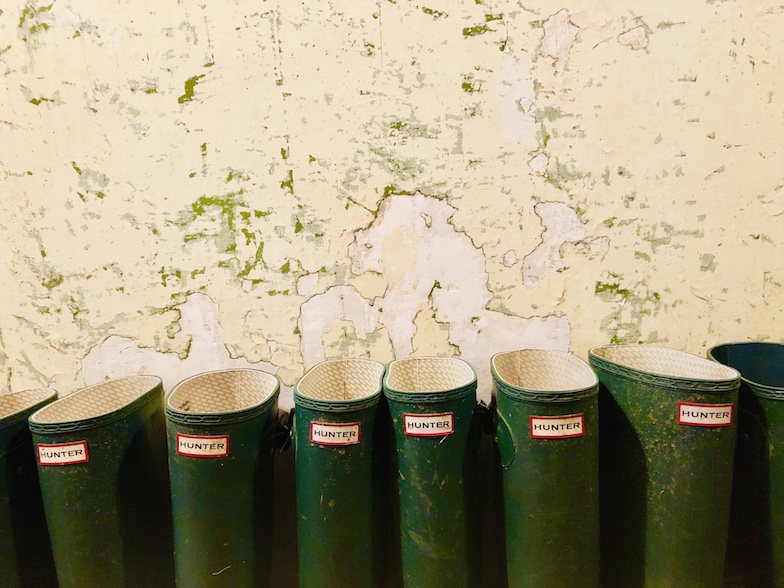