More than 250,000+ gathered on a hot-hot-hot 14th June in beachy Tel Aviv to celebrate the largest LGBTQ event in the Middle East.

Compare that to the city’s 400,000 population and you have what could be one of the most full on and sun-/fun-tastic Prides out there. 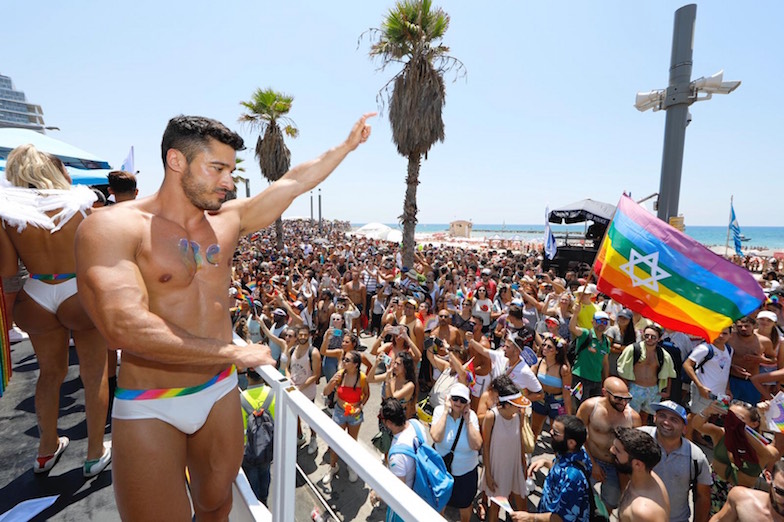 This bustling Mediterranean city, commonly mistaken for Israel’s political capital, has a zest and gaiety quite formidable for its size. A singular queer-friendly destination in the Middle East (the rest of Israel included), Tel Aviv is the centre for LGBTQ advocacy, community building, youth emergency services, trans medical and fertility services and is the general nucleus for the equal rights movement across Israel.

While dynamic activism is a yearlong effort, the month of June takes on a completely different form, through world-class dance raves and an LGBTQ-centred cultural lineup. The weeklong festivities perfectly match Tel Aviv’s reputation as a ‘non-stop’ city. 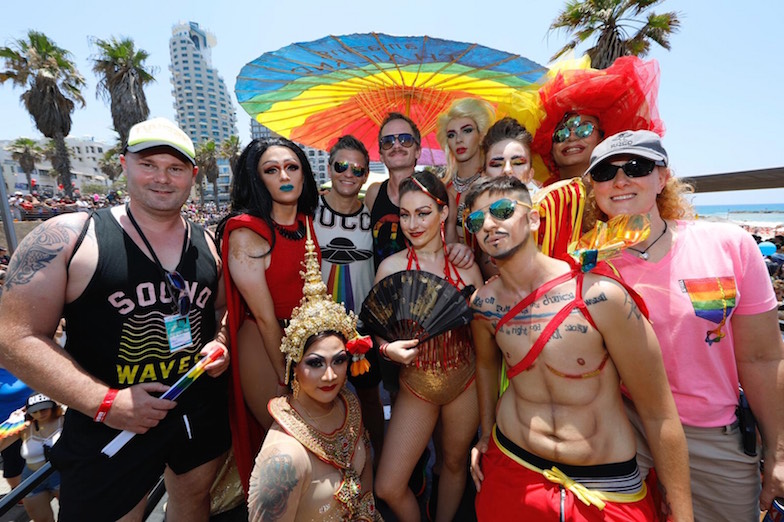 The Main Pride Party Parade began down by the water, where 12 floats greeted thousands of marchers, before setting down a kilometer and a half of hotel-lined beachfront and finishing at Charles Clore Park.

It’s a familiar scene—circuit-types with smooth muscle chests and manicured brows dancing about floats; energized teens, drag queens, lesbians, and the full range of Pride enthusiasts all maxing out their commitment to colourful self-expression. But what makes this leg so tempting is the positioning of this energy along Tel Aviv’s magnificent promenade. It feels open and airy, yet still intimate. You have slightly recessed hotels on one side and cerulean waves kissing the sandy beaches on the other.

Tel Aviv’s International Pride Ambassador this year was none other than newly-moustached actor, writer, producer, magician and singer Neil Patrick Harris—of How I Met Your Mother and Hedwig and the Angry Itch fame. He and husband David Burtka engaged the sun-kissed crowds and danced among glitzy queens on float #2, sponsored by Desire Bar’s Tuesday night drag event Werk. 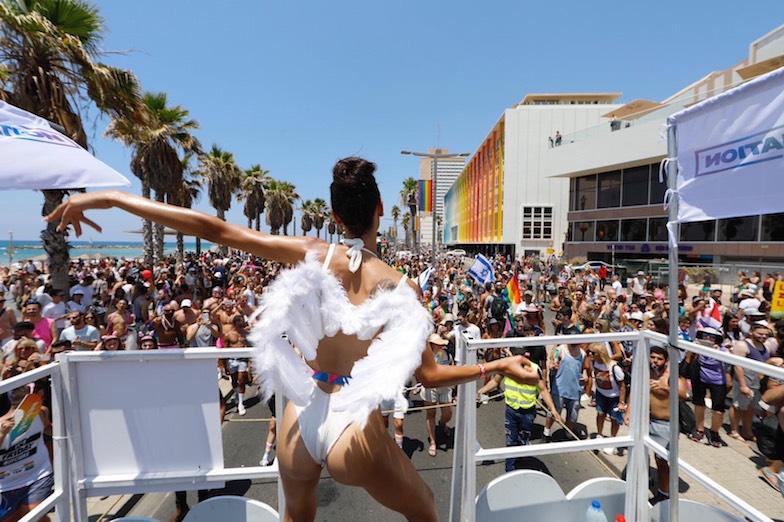 It’s the kind of week that encapsulates everything a beach vacation and identity celebration should be: indulgent and buoyant (like the muscle bums on those trucks), but also full of camaraderie, togetherness and purpose—one that showcases the forward-thinking and cosmopolitan oasis that Tel Aviv is.